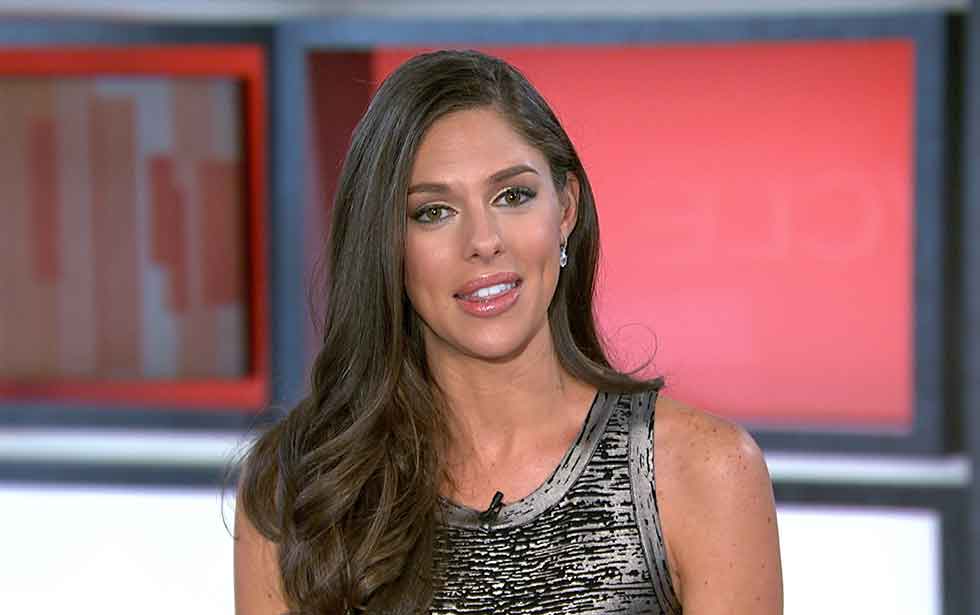 Abby Huntsman serves as a general assignment reporter for Fox News Channel. Currently, she is the co-hosts of Fox & Friends Weekend. Previously, she worked as a host for MSNBC Network. Apart from her profession, she is also known as the daughter of former governor and Ambassador Mary Kaye Huntsman and Jon Huntsman Jr.

Abby Huntsman was born as Abigail Haight Huntsman on 1st May 1986, in Philadelphia, Pennsylvania, United States. She is the daughter of Jon Huntsman Jr and Mary Kaye Huntsman. She is one of the seven children. Her other siblings are Asha Bharati Huntsman, Gracie Mei Huntsman, William Huntsman, Mary Anne Huntsman, Jon Huntsman III,  and Liddy Huntsman. Among all, two of her sister Gracie Mei and Asha are adopted.

Her father Jon Huntsman Jr. is a business diplomat and currently serves as an Ambassador of the United States to Russia while her mother Mary Kaye Huntsman is an American activist and philanthropist. Although the star was born and raised in Utah, she spent most of her life in an Asian country including Singapore and Taiwan.

Talking about education, she enrolled at the University of Pennsylvania and received a degree in Philosophy, Politics, and Economics.

I’m the lucky one!

She met her now husband while pursuing her degree at the University of Pennsylvania. After a few months of friendship, the couple develops their relationship into dating (i.e. boyfriend and girlfriend).

They together have a child, Isabel Grace born in 2017. Despite having a busy schedule, Abby has managed her both personal and professional life equally.

Abby Huntsman’s Career and Net Worth

Huntsman worked behind the camera at the age of 16 for Good Morning America. While at the University of Pennsylvania, she interned at the under of television journalist, Diane Sawyer. During her father presidential campaign in 2012, she made her appearance as a political commentator for ABC News and Good Morning America.

In 2013, she was included as number 26 on the Forbes 30 under 30 lists of up and coming members of the media. Prior to MSNBC, she served as the host/producer for HuffPost Live, the Huffington Post‘s streaming network. She also has been frequently appeared as a guest on CNN Network. She then went to work with Fox News Channel as a general assignment reporter.

With Fox News Channel, she covers the news of the day across the network of daytime and primetime programming. Currently, she is the host of Fox and Friends First alongside Jackie Ibanez.

This dedicated and devoted employee of Fox News Network has maintained a pretty of bank balance through her career earnings. As of 2018, Abby Huntsman net worth is $20 million which is increasing day per day.

She earns more than a million dollar as her annual salary. As per ninjajournalist, Abby Huntsman salary from fox news channel is $3 million per years while her co-worker from Fox Ainsley Earhardt salary is just $400k.

Aside from her professional career, she loves traveling and often seen hanging out with the family inexpensive destinations. Moreover, she also owns a dog, which is of the Golden Retriever breed. The host Abby is living a lavish lifestyle in Washington DC house which worth is $3.1 million.

Rumor spread that Abby pregnant with her first child. The rumor later turned true and later she announced on her show that, she is expecting her first child. Moreover, her interview with Gianno and Wendy Osefo attracted a fair amount of controversies in mid of 2017.

In addition, she was also accused by people of being tone-deaf in the face of a hugely emotional and moral story during the interview.

You also might be interested to know the bio, wiki, net worth, career, relationship, age, height, the weight of Nikki DeLoach, Landon Asher Barker.