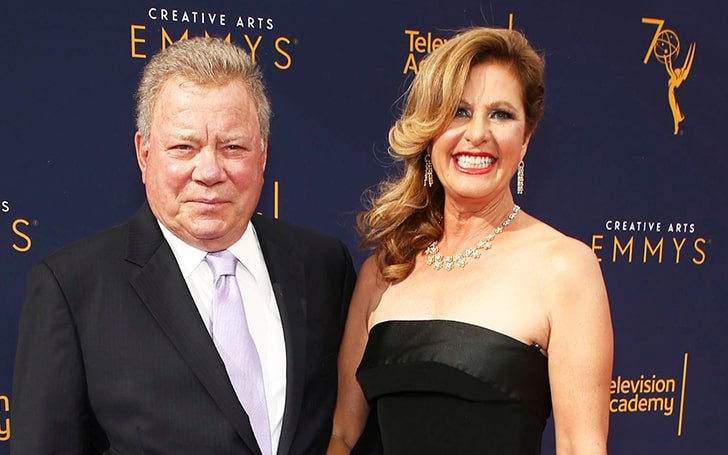 Canadian actor, director, producer, and screenwriter, William Shatner has filed for divorce from his wife of 18 years, Elizabeth Shatner. The 88-year-old filed the documents on Tuesday, 10th December. As per TMZ, the couple has a prenuptial agreement that says neither Shatner nor Elizabeth will receive any spousal support.

Elizabeth is Shatner's fourth wife, whom he married in Lebanon, Indiana, in 2001. Shatner hasn't opened up about the reason behind their separation. On the other hand, Elizabeth, who mourns her brother's death, didn't want to talk about the divorce. She told Fox News: "Respect distance from divorce topic while we grieve my brother respectfully."

The Star Trek star was previously married three times. He got married to his first wife, a Canadian actress Gloria Rand on August 12, 1956. The husband and wife went on to have three children viz. Leslie (b. 1958), Lisabeth (b. 1960), and Melanie (b. 1964) together. Their youngest daughter, Melanie, is an actress, famous for her role of Becky Morgan in the Subspecies film series.

The couple was separated during the filming of Star Trek: The Original Series, and they had to spend months away from each other. Because of this, Rand filed for divorce in 1969-their divorce was also finalized the same year.

Shatner's second wife is Marcy Lafferty, a daughter of a well known American television producer, Perry Lafferty. They got married in 1973 and remained married until 1996. Their marriage didn't produce any children.

After his second divorce, Shatner was romantically linked with Nerine Kidd. After a short courtship, Shatner and Kidd got married in 1997. Shatner and Kidd both were overwhelmingly in love even after their wedding, but the couple's togetherness ended short in 1999 following Kidd's death.

As per some online reports, Shatner returned home at around 10 pm on 9th August 1999 to find his wife Kidd's body at the bottom of their backyard swimming pool. She was 40 at the time of her death. An autopsy resulted in the presence of alcohol and Valium (diazepam) in her blood, however, the cause of her death was ruled accidental drowning.