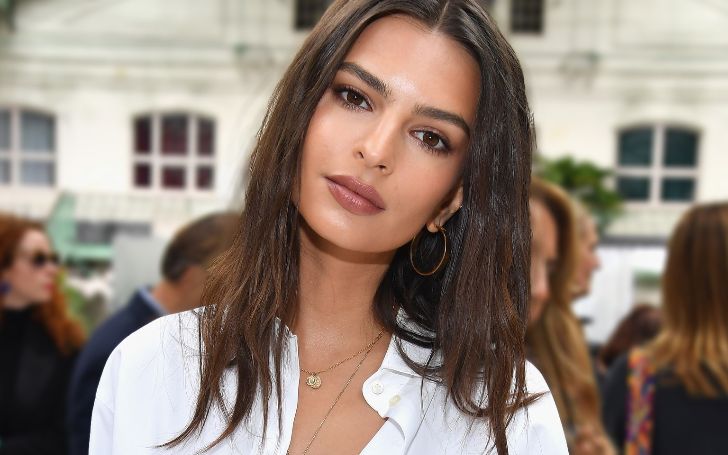 American model and actress, Emily O’Hara Ratajkowski aka Emily Ratajkowski, is known as one of the sexiest models of this era. She rose to fame after appearing topless in the music video Blurred Lines which was counted as number one song in the year 2013. Prior to this, she has worked in many music videos, acting as well as she has also done photo shoots for a famous magazine.

Emily Ratajkowski was born as an Emily O’Hara Ratajkowski on June 7, 1991, to father, John David Rataijkowski(who was a painter) and mother, Kathleen Balgley(English Professor) in Westminster, London. She moved to San Diego, California along with her parents when she was just five years old and settled there.

For her schooling, she joined the North Coast Repertory Theatre School and during her schooling days, she got the opportunity to work in the movie The Little Match Girl as a child actress. Later on, she joined San Dieguito Academy High School.

The 27 years model, Emily Ratajkowski has gone through a couple of romantic relationships before she married, Sebastian Bear-McClard. As per our record, she previously dated the famous director, Andrew Dryden and broke up in 2014. Prior to this, she dated  Jeff Magid and broke up very soon.

On February 23, 2018, she tied the knot with Sebastian Bear-McClard in a very private ceremony in presence of their close friends, which also included The Fat Jewish and Josh Safdie. She also posted on her Instagram to publicize about her big day.

She officiated the news of marriage in detail after she appeared in The Tonight Show Starring Jimmy Fallon. In the show, she talked about her marriage and engagement in detail.

Emily Ratajkowski talks about her marriage with husband, Sebastian Bear

Emily Ratajkowski’s Career and Net Worth

Emily Ratajkowski started her modeling and acting career at the very tender age of 14. The young model signed a contract with the Ford Models and appeared in teen fashion lines, Nordstrom and Kohls.

While she was in her high school, Emily also appeared in two episodes of iCarly. Later, she started doing shoots for a number of magazine covers including nude and clothed photo shoots.

One of the most important shots of her life was the Playboy Cover photoshoot from which she earned a place in Robin Thicke‘s Blurred Lines. She rose to fame rapidly once she appeared in the music video. For her appearance in the music video, Esquire Magazine also named her the Woman of the Year.

As of now, Emily Ratajkowski has appeared in at least 18 movies and TV shows. She is currently busy in the filming of Bright Futures where she portrays the role of Sarah. Her new movie, Lying and Stealing will release soon in 2019.

Actress and model, Emily Ratajkowski has a net worth of $6 million collected in her account. She has collected all of her net worth from her career in modeling and acting since an average salary of a model is around $32,000 to $48,000 and an actor is around $50,270.

Have a look at the movies that have made a good collection at the box office.

Apart from acting and modeling, Emily is also raising her fund from public service announcements and committed to a short film promoting reproductive and sexual health for Planned Parenthood (PPFA).

Currently, she is living a lavish lifestyle with her husband in an LA house worth $2 million, which is made on 1,650-square-foot. The house includes three-bedroom and three-bathroom.