home Biography Who Is Amanda Steele? Here's All You Need To Know About Her Early Life, Career, Net Worth, Personal Life, And Relationship

Who Is Amanda Steele? Here's All You Need To Know About Her Early Life, Career, Net Worth, Personal Life, And Relationship 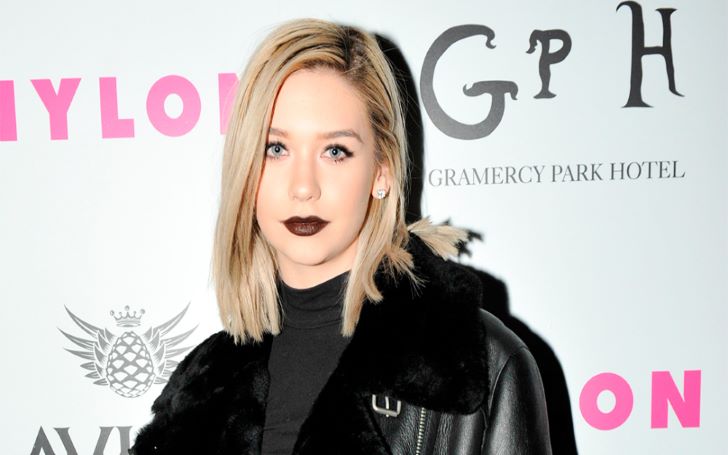 Body and Relation Status of Who Is Amanda Steele? Here's All You Need To Know About Her Early Life, Career, Net Worth, Personal Life, And Relationship

Amanda Lynn Steele, also known as Amanda Steele, is an American actress, model, and vlogger. She started her YouTuber career under the name MakeupByMandy24 in 2010 and is best known for fashion stuff and beauty contents. Moreover, due to her mesmerizing beauty, she got into IMG Models in early 2016.

The American model was born on July 26, 1999, in Huntington Beach, California, United States. She was born to American parents. As for the sibling, she has an older sister Lauren Steele.

She belongs to American nationality and white by ethnicity. Her birth sign is Leo. As for the religion, she follows Roman Catholic Christian. As for her schooling, the information is currently unavailable, however, she was a softball player and cheerleader at her school.

Amanda Steele Personal Life: Who is Her Boyfriend?

Steele is single as of July 2019. She was previously in an intimate relationship with Sawyer Hartman, media personality and vlogger, in 2013. However, the relationship did not last long and broke up.

After the break up with Hartman, Amanda started dating Markel Williams, an American model since late 2015. The two shared the pictures on their Instagram profile and often comment flirty texts. Unfortunately, they broke up after six months of the relationship.

The gorgeous model has accumulated an estimated net worth of about $1.5 million as of July 2019. The main source of her earnings is from modeling, vlogging, content creating and acting.

Her main YouTube channel MakeupByMandy24 has over 2.7 million subscribers and views crossing over 250 million.

Amanda started her professional career as a content creator or vlogger on YouTube when she was in fifth grade and became what she is now. She mainly posts videos regarding beauty tips and clothing related stuff.

As time went on, her channel got more subscribers and growth in followers. In 2016, she received Streamy Award for the fashion category. She is a mesmerizing beauty and signed a contract with IMG Models in early 2016.

Furthermore, Steele appeared in the photography of Michel Comte for Vogue Italia. She appeared in some of the popular magazines like Teen Vogue, CR Magazine, V Magazine, W Magazine, Nylon, and Seventeen. She also made deal with Maybelline to cover New York Fashion week in September 2016.

The American model also worked as the make-up artist along with Gato, a makeup artist, for the Rebecca Minkoff Show in 2016.

Who is Amanda Steele?

Amanda Steele is an American model, actress, content creator, and vlogger, best known for the makeup and fashion related vlogging.

How tall is Amanda Steele?

How old is Amanda Steele?

How much is Amanda Steele worth?