home Biography American Singer And Actress, Ariana Grande Got A Misspelled Tattoo On Her Hand

American Singer And Actress, Ariana Grande Got A Misspelled Tattoo On Her Hand 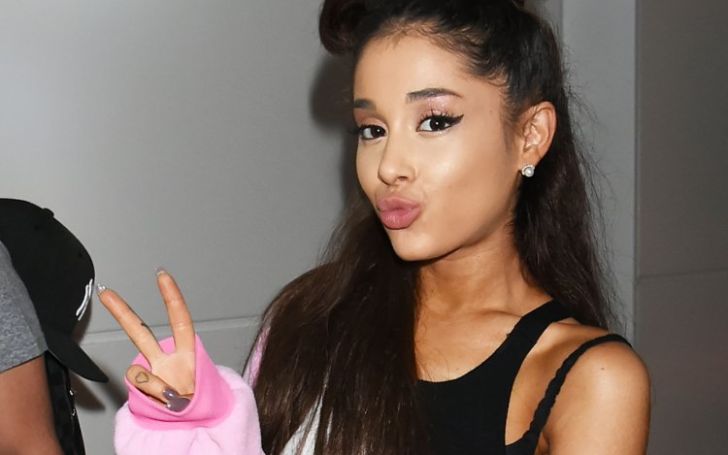 Body and Relation Status of American Singer And Actress, Ariana Grande Got A Misspelled Tattoo On Her Hand

Grammy-nominated artist, Ariana Grande, who is popular for her singles like Side to Side, Problem, Break Free, and Bang Bang, has inked misspelled tattoo on her palm.

Her New Tattoo Was Meant To Say ‘7 Rings’

The American singer has inked many tattoos in the past. Recently, she attempted to ink an ode to her hit single 7 Rings but accidentally misspelled the characters, which translated to “shichirin”: a small charcoal grill.

The kanji character 七 means “seven,” while 輪 means “hoop,” “circle,” “ring,” or “wheel.” However, the meaning is different, when you put them together, 七輪 (shichirin) is a “small charcoal grill” and not “seven rings,” written differently in Japanese.

Too bad for pop star Ariana Grande, as she is a vegan and just tattooed an accidental homage to a Japenese barbeque grill.

She has now deleted the photo of the tattoo, which she posted on Instagram after her fans pointed out the spelling error. Also, she insisted that getting the extra Japanese characters that “7 Rings” required would have caused her too much pain to continue.

“Indeed, I left out ‘つの指’ which should have gone in between. It hurt like fuck n still looks tight,” she clarified to a user in a now-deleted tweet. “I wouldn’t have lasted one more symbol lmao. But this spot also peels a ton and won’t last so if I miss it enough I’ll suffer thru the whole thing next time.”

for those who are confused, ariana grande got a tattoo on her hand in japanese intended to spell out “7 rings” and posted it on instagram (now deleted), but japanese people in the comments started saying how the REAL translation is bbq grill pic.twitter.com/rF0NvEa9Yv

She later wrote: “Pls leave me and my tambourine grill alone. thank u.”

Likewise, some of her fans also tweeted about her new tattoo:

However, the video for 7 Rings has boasted more than 100 million views on YouTube. And, the single debuted at the top of the Billboard 100 chart. The beautiful singer currently possesses a net worth of $45 million. She has made good money from her successful career.