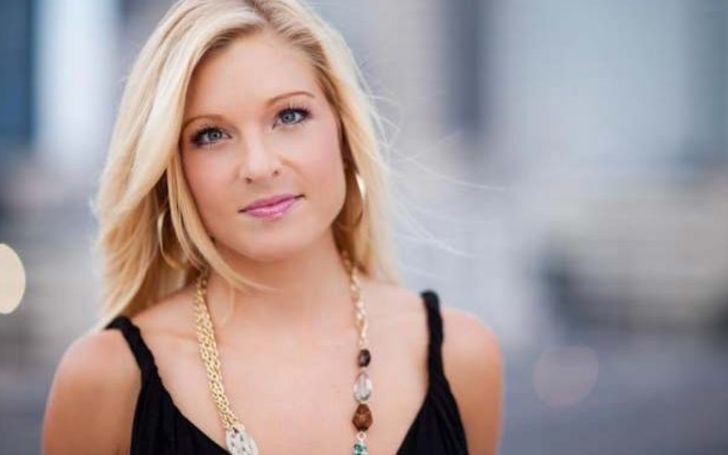 Anna Kooiman is an American journalist and news anchor. She is known as the Fox News Channel (FNC) anchor and reporter in New York City. She is famous as FOX & Friends ‘ former co-host of FNC. Besides, she is a fitness trainer from North Carolina.

Anna Kooiman was born in Charlotte, North Carolina, USA, on February 7, 1984. As of 2019, she is at the age of 35 with the birth sign of Aquarius which describes her personality as indecision, and inflexibility.

She is raised by her parent’s Susan Kooiman (mother) and Wally Kooiman (father) along with her brother named Michael Kooiman in Charlotte with her parents where her parents still live and own businesses-Southeast Oasis Pool and the Peppermint Forest Christmas Shop.

Furthermore, Kooiman studied at Myers Park High School and graduated in 2002. She played softball during her high school days and later played for the SouthPark Youth Association. After graduation, she attended at the University of North Carolina, Wilmington. During her University, she was employed by ABC and NBC affiliates in North Carolina and Ohio.

The American anchor is married to her long-term boyfriend Tim Stuckey. The couple started dated for several years before upgrading their relationship status. In fact, Anna announced her engagement on 8 February 2015 through her Facebook account.

The ceremony was held on July 32, 2015, in Manhattan’s Central Park Loeb Boathouse. The pair moved to Australia shortly after getting married.

The lovely couple is blessed their baby boy Brooks Kooiman Stuckey on January 25, 2018.

Additionally, the pair is living a blissful life along with her blessing child. Besides, she has not yet disclosed any details regarding her past affairs and extra relationships with any other guy.

Anna Kooiman’s Net Worth and Career

The talented anchor has a net worth of around $4 million. As per some sources, she earns an annual salary amounts to $3.5 million from her career. She has accumulated as an anchor working with multiple news channels from her job. Hence, She is living a lavish lifestyle along with her spouse and children.

Anna started her journalism career with working as a sideline reporter for Fox Sports during her years at the University of North Carolina, Wilmington in 2004. After graduating from college, she was employed by ABC and NBC affiliates in North Carolina and Ohio.

In 2005, she continued to work as a journalist, anchor and video journalist for WWAY in Wilmington, NC. She moved to Toledo, Ohio in 2007 and started working as a morning anchor and reporter for the local NBC affiliate, WNWO.

In addition to her career in journalism, she also worked as a fitness trainer based in North Carolina. In April 2016, she was crowned Queen of the North Carolina Azalea Festival.