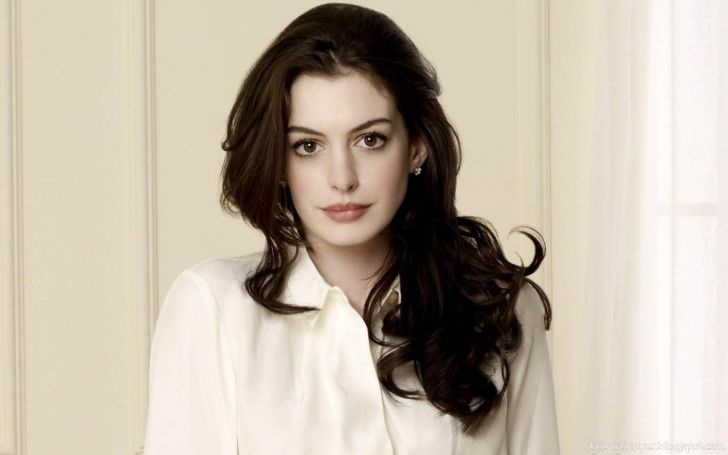 Anne Jacqueline Hathaway aka Anne Hathaway is an American actress who has grabbed multiple awards including Academic Award in her career. She is known for her role in the movies such as Les Miserables, Love and Other Drugs, The Dark Knight Rises, Rachel Getting Married. Daughter of actress, Kathleen Ann, she has developed her interest in acting since her childhood days. And currently, she is one of the most demanded actresses in Hollywood. To know in detail about her life, scroll down.

Anne Hathaway was born as Anne Jacqueline Hathaway on November 12, 1982, in Brooklyn, New York City. She is the daughter of father, Gerald Hathaway, and mother, Kate McCauley Hathaway. She grew up with her older brother, Michael Hathaway, and her younger brother, Thomas Hathaway.

My Dad grew up in poverty, got his first job when he was 10, and is now among the most respected lawyers in his field. When my brothers and I were growing up, our Dad commuted an hour and half to work every day and still coached our soccer teams and helped out the stage crew on every one of my shows (he put himself through college and law school as a stage hand- long live Buster). He has the hugest Leo heart and is thrillingly smart- also, he is a bad-ass who doesn’t take $&@! from anyone. He taught me how to use my brain, to try and make the world a better place, and told me that I should never lie so that way I would never need to remember anything (it’s true). Simply put, he is my hero. My Dad and I- not to mention my entire family- are disgusted and rocked to our core by the current administration’s shocking decision to separate asylum seeking immigrant families, the consequence of which is creating orphans with living parents. In appreciation of my father, and in honor of all the fathers torn from their children because of this brutal policy, I am making a donation to @americansforimmigrantjustice in my father’s name (link in my bio). I invite you to join me and make a donation of any size in your father’s name. Also, for those of you who are going to slam me for politicizing Father’s Day- I’m Jerry Hathaway’s daughter and I speak my mind: you are on the wrong side of history.

Hathaway went to Brooklyn Heights Montessori School and later on joined Wyoming Elementary School in Millburn and completed her school level from there. Later on, she completed her high school graduation Millburn High School.

The 36-year-old, Anne Hathaway is in a marital relationship with her boyfriend turned husband, Adam Shulman. The couple shared the wedding vows in the years 2012 in a private ceremony after being engaged in 2012.

The couple together has shared a daughter whose name is yet to be revealed. Since the tied up, the couple is going very strong without any rumor of separation.

Anne Hathaway’s Career and Net Worth

Anne Hathaway started her career as a stage performer back in 1999. She makes her first TV appearance in the series, Get real and later on, she got the opportunity to work in the movie, The Princess Diaries. Later on, she works in the movies including The Devil Wears Prada, Becoming Jane, Havoc, Brokeback Mountain, Bride Wars, Love.

In addition, she has also done voice over for some movies including Rio and The Simpsons.

The actress who has spent lots of years in acting has able to win various awards for her hard work and talent. She has won an Academy Award, a Screen Actors Guild Awards, Golden Globe Award, Critics Choice Award. In addition, for her voice over in The Simpsons, she has won an Emmy Award.

Anne Hathaway has a net worth of $35 million collected till the date from her acting career. She is one of the highest paid actresses who received $15 million per her role in Red Sparrow.