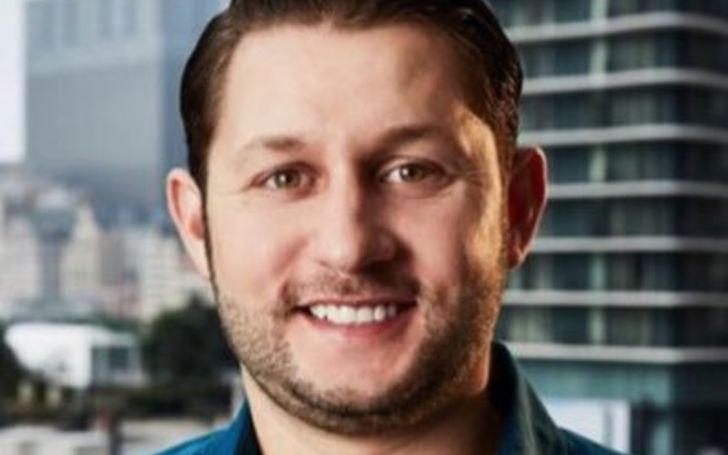 Anthony D’Amico is the popular reality TV star who starred in the famous show, Married at First Sight. Moreover, he is famous for being the life partner of his wife, Ashley Petta. Recently, they are in the limelight due to their child. So, let’s scroll and read the article below to know more about his professional as well as personal life.

Anthony D’Amico was born in 1983, Michigan, United States, in a traditional Italian family on August 1. He was born under the constellation sign Leo which defines his personality as loyal. Talking about his early life, he used to work as a sales and marketing professional for a Chicago-based company. However, the details regarding his educational life are missing in the media.

Anthony D’Amico is married in his life. He is married to his co-star, Ashley Petta. The shows’ experts matched them scientifically. Then, the pair shared a wedding vows in 2016, August.

Moreover, the duo is sharing a blissful relationship with each other. They frequently keep posting their lovely pictures on their Instagram. Hope the bond between the couple remains same as it is in the coming years as well.

Anthony D’Amico and her wife officially announced that she was pregnant with the baby in August 2018. Later, the duo again shared the news that they were expecting a baby daughter. Finally, in 2019, January 12 the pair welcomed their first child, daughter, Mila Pose D’Amico.

Posting my own #mcm photo today…Being a father is nothing short of amazing! Every time I hear stories of fathers who aren’t there or totally ghost their children, I just don’t understand. I’d like to give them the benefit of the doubt, maybe something was going on in their lives or maybe they didn’t think they would live up to being what they believed was a good father, I just don’t know but I hope fathers out there who may be going through these thoughts right now finds their “light” and at least gives it the full effort. You will not regret it. I cannot imagine not being here for this little girl. She will forever have me at her side whenever she needs me. I will consistently challenge her to be the best person she can be but also show her that Dad can listen too even about the topics that may be a little more sensitive. I love you my baby girl! Love Dad. . . . . #daddydaughterlove #babymila #milarose #happilyeverafter #partyofthree #mybabygirl #marriedatfirstsight #mafshappilyeverafter #parenting #dad

His daughter was born at 3:34 am weighing 4 pounds and 14 ounces. They are really happy with their child and frequently keeps posting pictures on their Instagram.

D’Amico is one of the most popular TV stars. He appeared in the Married at First Sight in 2017 and through this show. This was the same show where he starred along with his wife.

Anthony D’Amico collects a net worth of $19 million from his successful career. He receives a handsome amount for his hard work. However, his co-actor, Nasser Sultan disclosed that D’Amico he gets $150 per day.

Similarly, as per Sultan, the contestants also earn $200 to $300 per day. So, he might be earning at a similar amount and adding more dollars in his net worth. He also lives a lavish lifestyle as per his Instagram account.