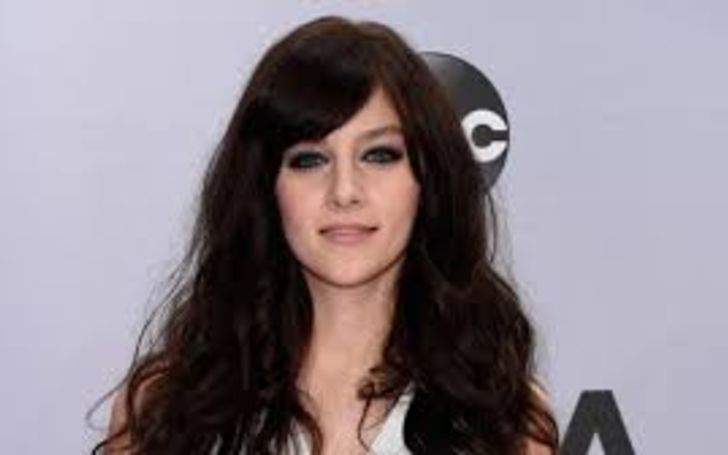 Best known for her starring role in ABC’s Nashville, American actress, and singer, Aubrey Peeples has played the leading role in the musical fantasy film, Jem and the Holograms. She debuted her career back in 2009, from the television film Ace Ventura Jr.: Pet Detective and in her career, she has worked in dozens of TV series as well as some films. In September 2014, the actress was named one of the best actors under the age of 20, by Indiewire.

Born Aubrey Shea Peeples in 1993, in Lake Mary, Florida, she is the daughter of Wendy Peeples and Ashley Peeples. She grew up in her hometown with her younger sister Ally Peeples. Growing up, she performed with the Orlando Repertory Theater for 10 years.

Regarding her education, she attended Lake Mary Preparatory School, where she was valedictorian of the class of 2012. Following her graduation from Lake Mary, she was accepted to Harvard University, but rejected the entry twice, the second time to accept her role on the TV series Nashville.

The American beauty is not married and does not seem to be in any kind of relationship, as of May 2019. Well, she has managed to keep her relationship status away from the media.

Besides, she cites actor Dermot Mulroney as her early celebrity crush and actress Kristen Stewart as her style icon. The American actress is active on Instagram and Twitter with thousands of followers.

The Nashville star, as of May 2019, worth around $1 million. From her works in some films as well as numerous TV shows, she has successfully managed to maintain such an impressive net worth.

As an actress, she surely would have earned close to the average salary of an actor, which is around $50 thousand. The young actress has starred in the popular series Nashville and worked opposite veteran actor Nicolas Cage in the film Rage, which is also a plus point to her income.

Also, she has done brand endorsements for Optimum WiFi, Walmart Quebec, Snickers Ice Cream and others.

Her first work was in 2009, in the television film, Ace Ventura Jr.: Pet Detective, where she portrayed Daniella. The film starred Josh Flitter, Emma Lockhart, Ann Cusack, and Cullen Douglas, among others. Similarly, she starred as a guest in the TV series Drop Dead Diva, Charlie’s Angels, and Burn Notice.

In 2013, Peeples played Layla Grant in an American musical drama TV series Nashville. She had a recurring role in the second and third season of the series. In the fourth season, she played the lead role; she made her appearances in 54 episodes until 2016.

The following year, she starred as Jerrica “Jem” Benton in the romantic musical fantasy comedy-drama film Jem and the Holograms, based on the 80s TV show of the same name. The same year, she co-starred opposite Nicolas Cage in the crime thriller Rage.

As of 2019, she starred as Bridget Moretti in the TV movie Death of a Cheerleader. She appeared alongside Morgan Taylor Campbell, Sarah Dugdale, Madelyn Grace, and Mackenzie Cardwell, among others.

In addition, she is a singer and has sung many songs in the musical drama Nashville. been a classically trained vocalist for around thirteen years and has performed at the Grand Ole Opry as many as twelve times.

Besides, she is an eager lyricist, drawing from her past encounters and melodic impacts spreading over the delta blues, southern shake, exemplary nation, jazz, swing, and soul.

Also, have a look at the biography of celebrities Jeananne Goossen, Denise Boutte, and Milanka Brooks. And stay tuned to celebbodysize.