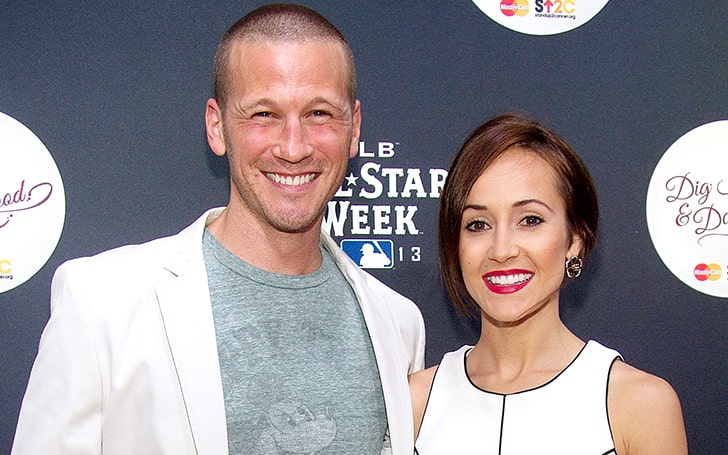 "JP was diagnosed with Guillain-Barre syndrome yesterday," wrote Hebert on her story. She continued,

He is in treatment and doing well. I may be a long road to full recovery, but we are so grateful to everyone that has helped us get to a speedy diagnosis and treatment.

Meanwhile, Rosenbaum also shared a series of videos from his hospital bed on Sunday, where he described the illness as "very surreal and humbling and crazy, rare." In one of his videos, Rosenbaum said,

Things you do every day, like picking up this phone, or buttoning buttons, tying shoelaces, putting on deodorant, just can't do it. Picking up my kids can't do it.

Wiping your ass, maybe TMI, but might have Ashley assist on the next one, Can't really believe it.

Rosenbaum also said that he needs to be in the hospital for a few more days so that doctors could monitor and work out his symptoms.

Rosenbaum and his wife Ashley have two children, son Fordham, 5, and daughter Essex,3. The couple who met on season seven of the ABC series in 2011 and got married after a year in December 2012. In August 2018, Rosenbaum and Hebert renewed their vows nearly six years after saying their "I dos."

Rosenbaum's diagnosis is a rare autoimmune disease in which body's immune system attacks the nerves. Initial symptoms of the disease can be weakness and tingling in the arms and legs, however, it can progress to paralysis. As per some online reports, there is no determined cure for the disease, however, plasma exchange, immunoglobulin therapy, and physical therapy can relieve symptoms.

The illness is rare, i.e. 1 or 2 in 100k suffer from the disease. Before Rosenbaum, some other renowned celebrities and public figures were diagnosed with the disease. Some of them are listed below.

Born and raised in New York City in a Jewish family, actress Rachel Chagall was 30 years old when she contracted Guillain-Barre syndrome in 1982. She underwent a series of treatments and recovered sufficiently to be cast in the title role in Gaby, A True Story. She later portrayed a role of dimwitted sidekick, "Val" on the 1990's television sitcom The Nanny.

In 1983, Griffith faced the first serious health problem, when he was diagnosed with the Guillain-Barre syndrome. After that, he was unable to walk for seven months due to the paralysis from the knees down. He spent seven long months in rehabilitation. He made his television comeback as the title character, Ben Matlock, in the legal drama Matlock in 1986.

Later in 2000, Griffith underwent quadruple heart-bypass surgery, and in 2007, he underwent hip surgery at Cedars-Sinai Medical Center. Griffith died of a heart attack on July 3, 2012, at the age of 86.

Joseph Heller was an American author and screenwriter, best known as the author of the novel Catch-22. Heller was diagnosed with the Guillain-Barre syndrome in December 1981, which left him temporarily paralyzed. He was admitted to the Intensive Care Unit of Mount Sinai Medical Hospital on the day of his diagnosis. He remained there until his condition was improved enough to be transferred to the Rusk Institute of Rehabilitation Medicine in 1982.

It took a long time for him to recover, which he inscribed in the autobiographical No Laughing Matter that contains alternating chapters by his good friend Speed Vogel. Heller eventually had a substantial recovery and later got married Valerie Humphries, one of his nurses to help him recover.

Roosevelt fell ill while he was on vacation to Campobello Island in 1921. The initial symptoms were fever, bowel and bladder dysfunction, and symmetric and ascending paralysis. The autoimmune disease left permanently paralyzed from the waist down. After he got paralyzed, his mother wanted him to retire from his public life, however, his wife and a close friend, Louis Howe, insisted that he should continue his political career. He would later go on to become the 32nd President of the United States.