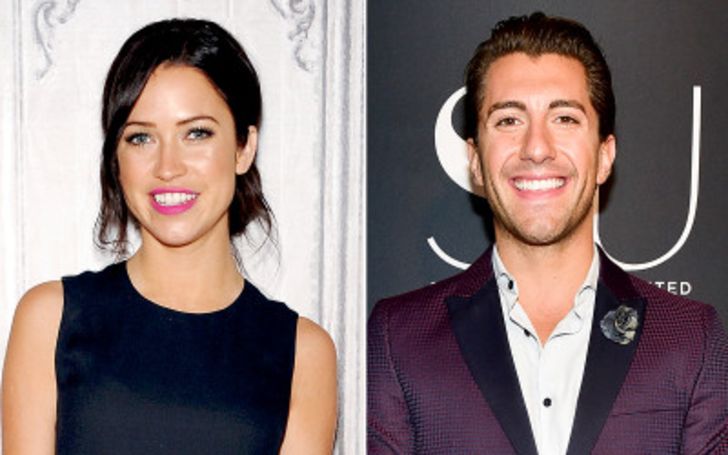 The new pair officiated their relationship through her Instagram where Grimaldi shared a selfie of herself and Wolf.

She has shared the picture of them on vacation in Boca Raton, Florida on January 28, 2018(Monday). Although there is no caption, their picture has described all about their romantic relationship.

Prior to this, during The Bachelor(Season 21), Vanessa engaged to Nick Viall. However, the former couple called off their engagement just after the five months of their finale in August 2017. While giving an interview to the US Weekly, they said in a joint statement,

We will continue to be there for each other no matter what. This hasn’t been an easy decision, however, as we part ways, we do so with lots of love and admiration for each other.

Following the split with Nick, Vanessa Grimaldi told in an interview about her new dating relationship. As per her interview in April 2018, she was dating someone, not from the Bachelor Nation.

Earlier this month, Grimaldi also told US magazine that Josh Wolf was not the guy who she was dating. However, it seems it was all lies!