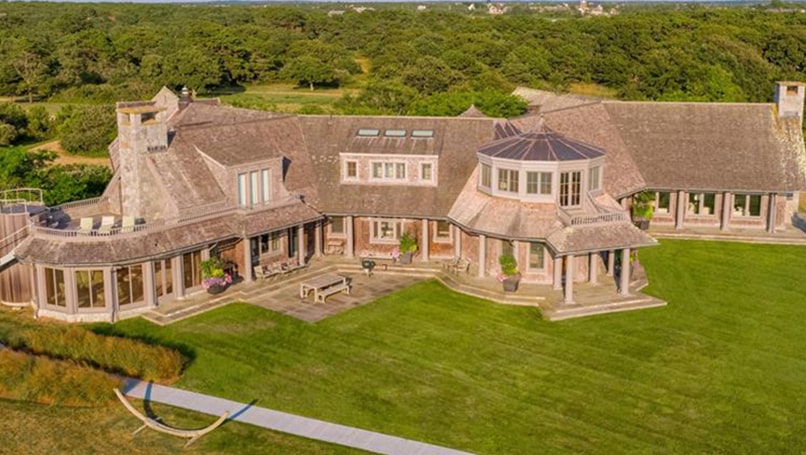 Former President Barack Obama and First Lady Michelle Obama have purchased a new property. Obama, 58, and his wife bought a 6,892-square-foot home on Martha's Vineyard off the coast of Massachusetts for $11.75 million.

They bought the seven bedrooms island mansion on Wednesday, 4th of December, through a nominee trust from the seller Wycliffe Grousbeck.

The purchase included James F. Reynolds as a trustee. Reynolds is a Chicago investment banker and a good friend of Obama since he was a state senator in Illinois.

As per TMZ and Gazette, the Obama-duo rented their new house over the summer. The house features seven bedrooms, eight and a half bathrooms, and several stone fireplaces. The ocean-facing Edgartown-based house was built in 2001.

Back in June 2017, Obama bought an $8.1 million mansion in Washington, D.C., which he had been renting since his departure from the White House. Located just two miles from the Presidential residence, the house features nine bedrooms and eight and a half bathrooms.

The house was the second expensive, behind Jeff Bezos' $23 million mansion (former Textile Museum), in the neighborhood.

In addition to the property, Obamas also own their Chicago's Hyde Park neighborhood home, which they bought for $1.65 million back in 2005.

The purchase comes after Obamas' record-breaking 2019. The former First Lady, Michelle Obama published her debut memoir, Becoming, which was able to sell more than 11 million copies. They followed their success with a sold-out book tour.

In the memoir, Mrs. Obama has opened up about her family, marriage, and her breakout. Meanwhile, Mrs. Obama has been named one of People's four People of the Year in 2019.

On the other hand, Mr. Obama is also writing his memoir, which is expected to be published before next year's presidential election.