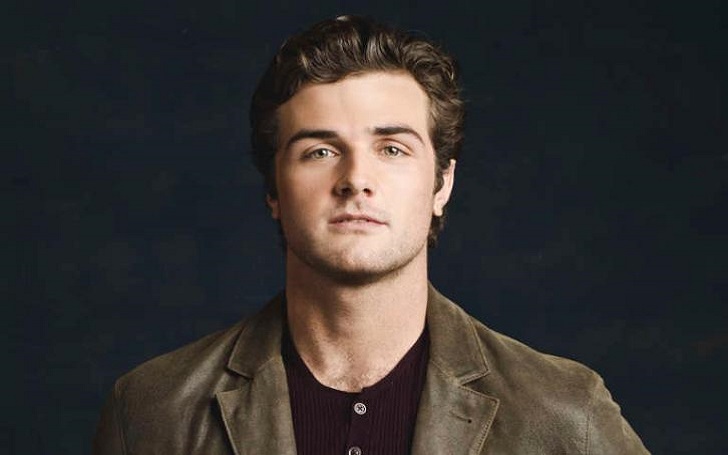 Beau Mirchoff is an American-Canadian actor well known for his role in MTV series Awkward. The Teen Choice Awardee is popular for his role in the horror comedy movie Scary Movie 4. Currently, he is playing the main role in the series, Now Apocalypse. He has reached the age of 30, as of 2019.

Beau Mirchoff aka William Beau Mirchoff was born on 13 January 1989 under the zodiac sign Capricorn. He was born to parents; father Bill Mirchoff and mother Kelley Mirchoff in Seattle, Washington, the United States.

Beau Mirchoff is still an unmarried man, however, he has been dating his long term girlfriend Jeanine Mason since 2011. It’s been almost eight years of their relationship.

Beau Mirchoff revealed about his relationship in June 2014 in an interview with Glamour. The pair first met at an acting studio and later at a party. After that, Beau asked Mason for the lunch for which Mason could not resist and accepted the invitation.

Other than Jeanine Mason, Beau previously shared love life with Ashley Rickards until 2011. Ashley was actually the love of his reel life when he was playing in Awkward.

The notable Canadian actor has the net worth of around $2 million. Without a doubt, the actor earns a lot from his professional career.

Mirchoff firstly got his first role in the play Bubbly Stiltskin. He officially featured in a supporting role in Scary Movie 4.

After the role, he got noticed and played in various movies and TV series including  The Grudge 3, The Secret Lives of Dorks, Desperate Housewives, The Wizards Return: Alex vs. Alex and many more.

For his contributions in movies, in 2012, he received Teen Choice Awards for his role in Awkward.