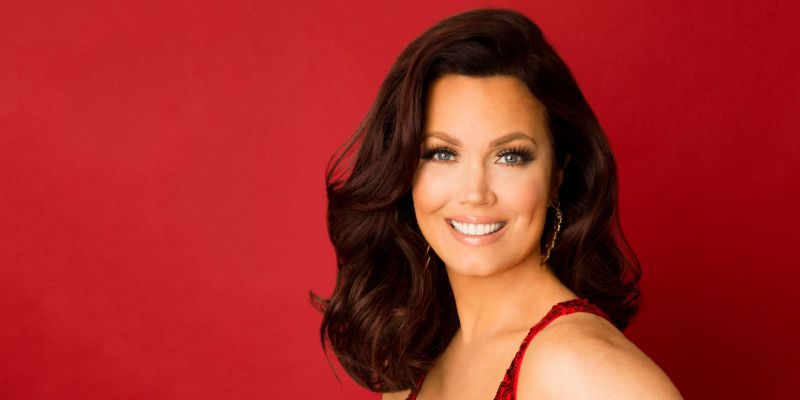 American actress Bellamy Young is prominent as Melody Grant in the political thriller television series Scandal. She went on to win a Critics Choice Television Award in Best Supporting Actress for her performance in the series.

Currently, Young is among the cast member of Fox's crime drama series Prodigal Son. Here we will look at seven interesting facts of the actress.

Bellamy Young was born on February 19, 1970, in North Carolina. Her legal name is Amy Maria Young, but after graduation, she decided to move to Los Angeles in order to pursue a career in acting.

In an interview with People Magazines, she stated about vacillating between different names like "Susanna or Violet". Nevertheless, she adapted the name Bellamy as a tribute to her late father's best friend, Bill, who had been a father figure throughout her formative years.

6. Had A Recurring Role In Scrubs

Bellamy received a favorable response for her acting in the series and appeared in six episodes.

In 2016, Young, along with the cast members of Scandal, headlined the fundraiser for Hilary Clinton. Moreover, in 2017, she announced that she had become co-ambassador of the Trust for the National Mall along with Chelsea Clinton.

Young stated in an interview with People, “I get to be co-ambassador, with Chelsea Clinton, of the Trust for the National Mall this year so gearing up to do some stuff in Washington DC with them. I am very excited about that.”

4. Net Worth Of Bellamy Young

Active since 1994, the 49-years old actress performed in numerous Broadway shows like "The Life." Since then, Young has starred in various TV shows and films.

However, Young gained recognization for depicting the character of Melody "Mellie" Grant in the series Scandal created by Emmy nominated director Shonda Rhimes.

In addition to acting, Bellamy has also worked as executive producer in movies like Simple Things and The Cottage. All of the works contribute to the net worth of $ 4 million. Moreover, she has been part of hit movies and series like Mission: Impossible III, Grey's Anatomy, Cold Case, Two and a Half Men, Supernatural, Criminal Minds, and many more, which helped her amass the net worth of  $ 4 million.

In ABC's Scandal, Young appeared as the First Lady of the United States. After getting the reel-life experience of being the First Lady, she expressed fascination regarding the position.

In an interview with Hollywood Reporter, she stated about being inspired by Jackie O regarding the apparel. She also gushed about Michelle Obama and Hilary Clinton. Moreover, Young snapped a selfie with Michelle Obama in The Ellen DeGeneres Show.

Interestingly, she also revealed about meeting Obama in 2014 at White House Correspondents dinner, adding "the first thing she said to me, 'Why did you kill your son?'... It's crazy that any of them know who any of us are."

Bellamy Young and actor Joshua Leonard dated from 2000-2002. Even after the break-up, both share an amicable relationship.

In early 2016, the news of Young dating British actor Ed Weeks started making headlines. The news was confirmed after Young and Weeks made their relationship public at Elton John’s AIDS Foundation Oscars Party. A year after making the association public, the Young split with The Mindy Project actor.

Currently, Bellamy Young is dating Pedro Segundo, a musician who plays a percussion instrument. Though Young hasn't hinted about tying the knots anytime soon, it's only a matter of time till we hear the wedding bells!

She went on to work with Phillips in the series crime series Prodigal Son. When asked about why choosed the series, she talked about liking the premise and most importantly working with actors like Tom Payne, Lou Diamond Phillips, Halston Sage, Aurora Perrineau, Frank Harts, Keiko Agena, Michael Sheen, and many more.