home Biography Who Is Bianca Balti? Here's All You Need To Know About Her Age, Net Worth, Career, Personal Life, & Relationship

Who Is Bianca Balti? Here's All You Need To Know About Her Age, Net Worth, Career, Personal Life, & Relationship 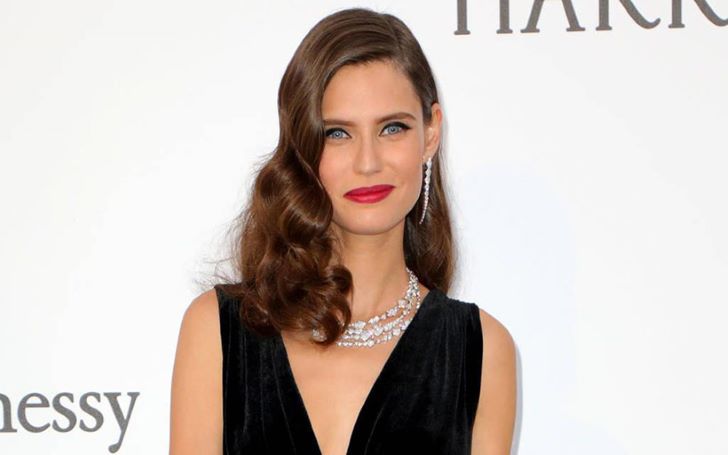 Body and Relation Status of Who Is Bianca Balti? Here's All You Need To Know About Her Age, Net Worth, Career, Personal Life, & Relationship

Born and raised in Lombardy, Bianca Balti is an Italian model and made an appearance in Victoria’s Secret Fashion show in 2005. With the professional career of over 15 years, she has appeared on the cover of various international editorials including Vogue, Harper’s Bazaar, and Marie Claire. Moreover, she walked for different international brands.

The Italian model was born on March 19, 1984, in Lodi, Lombardy, Italy. She was born to father Bruno Balti and mother Mariabice Marzani. As for siblings, she has two brothers; Carlo Alberto Balti and Alessandro Balti.

Balti belongs to Italian nationality and white by ethnicity. Her father was an Italian descent while the mother was of Azerbaijani ancestry. Her birth sign is Pisces. As for education, she completed the high school course, however not much information is available.

The Italian model married her longtime boyfriend Matthew McRae. They held wedding ceremony on August 1, 2017, in West Coast, United States. The couple met in Marbella, Spain when Bianca was on a holiday.

Following then, they started dating and now are the parents of four-year-old daughter Mia McRae who was born on April 14, 2015. The couple is now living a blissfull life and maintaining the schedule between Spain and California.

Balti was previously married to an Italian photographer, Christian Lucidi. The couple welcomed their first child, a daughter named Matilde in 2007. After the three years, the couple divorced in 2010 with mutual understanding.

According to a few online sources, the Italian supermodel has an estimated net worth of $2 million as of August 2019. The main source of her earnings is from photography for various popular editorials.

Balti started her professional career as the photography model for L’Officiel, shot by photographer Alexi Lubomirski. The breakthrough in her career was when she was invited to the advertisement campaign of Dolce & Gabbana.

Moreover, Bianca worked in the advertisement campaigns of Roberto Cavalli, Donna Karan, Christian Dior, Rolex, Armani Jeans, Valentino, Anna Molinari, Revlon, and so on. Additionally, she appeared on the Victoria’s Secret Fashion Show in 2005 and in their catalogs.

In 2012, Balti became the face for Dolce & Gabbana alongside actress Monica Bellucci. A year later, she was chosen as the face of Light Blue fragrance in 2013.

Who is Bianca Balti?

Bianca Balti is an Italian model, best known for her captivating looks and appearance in Victoria’s Secret Fashion Show in 2005.

How old is Bianca Balti?

How tall is Bianca Balti?

How much is Bianca Balti worth?