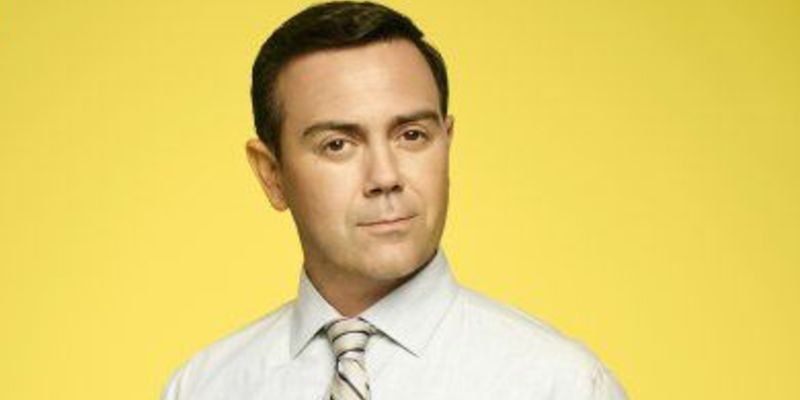 We all know Joe Lo Truglio as a hard-working detective in the character of Charles Boyle in the NBC series Brooklyn Nine-Nine. Besides being critical of almost everything around him and most importantly, food, Boyle maintained an optimistic attitude throughout the series. He became a bit too possessive about his on-screen best-friend, Jacob Peralta, portrayed by Andy Samberg.

Nevertheless, Truglio is a brilliant actor and did full justice to his character. Here in this article, we will take a glimpse into his personal life and other intriguing facts associated with the actor. Let's begin,

7. Truglio Has Worked With His Wife

Joe Lo Truglio married actress Beth Dover on April 19, 2014. Dover is prominent for the role of Linda Ferguson on Netflix's series Orange Is the New Black. The couple married a year after the engagement.

What's interesting is that just a month before the wedding, Dover made a guest appearance in the series Brooklyn Nine-Nine. She appeared in the 20th episode of Season 1st, called Fancy Brudgom. Both were seen planing details of Truglio's character's wedding in the episode.

Besides this, they have also co-starred in the third season of series Burning Love and the movie Wet Hot American Summer: First Day of Camp.

Truglio started his acting career at the age of 21, making a guest appearance in the numerous movies from the 90s and early 2000s.

Since then, he has worked in dozens of movies and television series. The avid horror movie fan has accumulated roughly 5 million dollars of net worth as of 2020. And, this can be credited to his career as an actor, comedian, writer, and a producer.

5. Joe Played As The Tonehanger In Pitch Perfect

In 2012, Truglio was seen in the musical comedy film Pitch Perfect. He appeared as the Tonehangers along with other actors like Har Mar Superstar, Jason Jones, and Donald Faison. In the movie, Tonehangers are the all-male group Cappella group comprising four former college singers.

The same year, the 49-year old actor also appeared on hit series American Dad! and How I Met Your Mother.

Joe also received praise for the role of Francis the Driver in the coming-of-age teen comedy movie Superbad. After the movie, Truglio went on to enjoy regular television roles in the series like Backwash, Free Agents, Wet Hot American Summer, and Brooklyn Nine-Nine.

4. He Is From Italian And Irish Decent

He is the son of Joseph Lo Truglio and Helen Lynch LoTruglio. Joe has a brother, Brian N. Lo Truglio. The Baxter actor is Irish-Italian and spent his formative years in Florida. He graduated from Coconut Creek High School.

Paul Rudd and Joe Lo Truglio met about 18 years ago when working in the movie Wet Hot American Summer.

Since then, both have remained close friends going on karaoke and poker games. After seven years, they worked together in the movie Role Models.

However, the Truglio role in Wanderlust, which starred Paul Rudd and Jennifer Aniston in the leading role, was a bit different than the one he did before. He played the character, Wayne Davidson.

In an interview with the Huffington Post UK, Joe recalled the experience as 'liberating' and added,

"It was miraculous that I didn't get any bug bites or poison ivy the entire time I was in the woods even though I had barely had any clothes on!"

From working on a police procedural centric television series to a musical comedy film, Joe has garnered positive reviews with his acting chops. But besides his charismatic on-screen appearances, Truglio has also ventured into voice acting.

He lent his voice for the action-adventure games like Grand Theft Auto: San Andreas and Grand Theft Auto: Liberty City Stories. In addition, the Dice actor also voiced a character in the video game The Warriors.

The most recent on the list is an online video game called Anthems released worldwide on February 22, 2019. Joe voiced the character, Neeson Giles, in the game.

1. He Met The Co-Stars Of The State In College

Joe studied at New York University, where he met his colleagues who later turned out to be his future co-stars. Truglio participated in the sketch comedy group along with the colleagues.

As a part of the group member, he met Michael Showalter and David Wain. Moreover, Wain also directed the movie Role Models and Wanderlust.