home Biography Who Is Camila Cabello? Here's All You Need To Know About Her Early Life, Career, Net Worth, Personal Life, Dating History & More

Who Is Camila Cabello? Here's All You Need To Know About Her Early Life, Career, Net Worth, Personal Life, Dating History & More 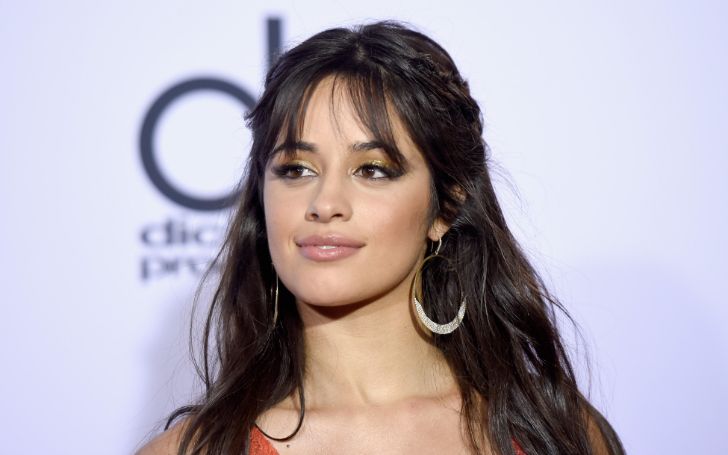 Body and Relation Status of Who Is Camila Cabello? Here's All You Need To Know About Her Early Life, Career, Net Worth, Personal Life, Dating History & More

A Cuban-American, Camila Cabello is a singer and songwriter. She rose to prominence as a member of the music band Fifth Harmony, which came alive at the X Factor, a famous music reality show. She is mainly a pop and R&B singer, influenced by Latin music. Among her awards, Cabello has earned a Billboard Music Award, five MTV Europe Music Award, an iHeartRadio Music Award, two MTV Video Music Awards, three iHeartRadio Much Music Video Awards, and a Billboard Women in Music award for Breakthrough Artist.

Camila Cabello was born on March 3, 1997, in Havana, Cuba to parents Alejandro Cabello (father) and Sinuhe Cabello (mother). She holds an Cuban-American nationality and belongs to Latin ethnicity. Her sun sign is Pisces.

She grew up along with her sister Sofia Cabello. She made a brief appearance on the YouTube show Fifth Harmony Takeover.

Regarding her education, Camila attended Miami Palmetto High School but she left her schooling in the 2012–2013 to pursue her singing career. Later, she earned her high school diploma.

The fifth Harmony star, Camila is not married yet and is possibly single at the moment.

Previously, she was in a romantic relationship with her boyfriend, coach and writer, Matthew Hussey whom she met on the set of Today.

Started dating in February 2018, they stayed in a relationship until June 2019. But, the former couple have decided to stay as friends despite going their own way, as they spent a lot of time together over the last year and a half.

Meanwhile, Camila and singer Shawn Mendes have been setting off the rumors of their dating since the release of their single, “Señorita” in June 2019. At first, the duo were spotted at the 2015 Video Music Awards in Los Angeles, where they were posing together at an after party for the show.

Few weeks later in September 2015, they reunited at the iHeartRadio Music Festival in Las Vegas. That year, the duo released "I Know What You Did Last Summer together, and then performer the single during KISS FM's Jingle Ball show.

Similarly, after Cabello released her first song, "Crying in the Club," Mendes tweeted out his support for his friend gushing over the single.

“Speechless.. goosebumps all over,” he tweeted. “you’re incredible.”

The pair then posed for photos with their mutual friend Taylor Swift at the 2018 Billboard Music Awards.

Before the Grammys, Cabello shared a few photos of her and Mendes together writing, “so proud of this amazing human !!!!!! seems like yesterday we were just kids singing ed sheeran songs in the dressing room, now we’re kids trying not to throw up cause we’re at the Grammys!!!! i love you forever.”

According to Celebrity Net worth, Camila has a net worth of $12 million, as of 2019. She has earned millions of dollars throughout.

Surely, she lives a lavish lifestyle and owns an impressive collection of assets, however, seems shy to reveal the details regarding her assets.

For a fact, the average salary of a singer earns around $84,678. Hence, she might be receiving at the same range.

In addition, she purchased $3.4 million of a Mediterranean-style villa which consist 3,570-square-foot casita, a celeb-style starter house.  So, it's likely that the Havana hit maker lives the life of riches in her million dollar mansion.

The famous leading lady has over 36.1 million followers on Instagram and according to Influencerbay, she earns around $71,705- $119,508 per post made on the social media platform.

Additionally, she is Launching A Glowy Makeup Line And Everything's Under $15.

From 2012-2016, she auditioned for The X Factor in Greensboro, North Carolina with Aretha Franklin's Respect.

Camila had a potent proclivity towards music and singing since her growing years with a fondness for ideal musicians like Ed Sheeran and Demi Lovato.

In July 2000, she was invited to join the American Music Band, Fifth Harmony, which got structured on the 2nd season of the show The X Factor.

In 2015, she recorded the song I Am In Love With A Moster for the animated movie Hotel Transylvania, jointly produced by Columbia Pictures and Sony Pictures.

Moreover, Her first solo performance was at the Billboard Music Awards. Cabello announced the future release of her first studio album titled,The Hurting. The Healing, in May 2017.

In December 2018, Camila was nominated for two Grammys at the 61st Annual ceremony for Best Pop Solo Performance for a live version of Havana.

On June 21, 2019, she released Senorita with Canadian singer Shawn Mendes, along with the music video.

Who is Camila Cabello?

Camila Cabello is a singer and songwriter.

What is Camila Cabello' Nationality?

Who is Camila Cabello's sister?

What age is Camila Cabello?

Who is Camila Cabello father?

Who is Camila Cabello dating now?