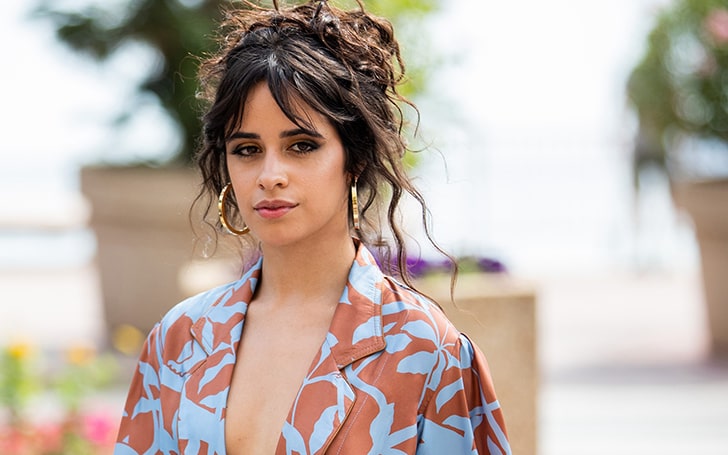 Cuban-born singer Camila Cabello found early success in her music career. Garnering initial fame at 15 from The X Factor, Cabello went on to join four other contestants of the show to form a girl group Fifth Harmony. She started her solo career in 2017 after leaving the group in late 2016 and successfully established in the industry. Read till the end to know interesting parts of Camila's life.

7. Born in Havana, Cuba, Cabello Relocated To Miami When She Was Five

Singer Camila Cabello was born on March 3, 1997, to mother Sinuhe Estrabao and father Alejandro Cabello in Havana, Cuba. Cabello was five years old when she moved to Miami, Florida, with her mother, Sinuhe. Her father couldn't get a visa at the time and only joined the family around 18 months later.

Cabello went to Palmetto High School, however, she dropped out when she was in 9th grade to pursue a career in singing. She later completed a high school diploma. Cabello is a naturalized American citizen-obtained US citizenship in 2008.

6. The X-Factor and Fame with Fifth Harmony

Camila Cabello auditioned for The X-Factor in North Carolina in 2012, but her audition was not aired because the singing reality show didn't get the rights for the song. She was eliminated from the show during the "bootcamp" portion in Miami, Florida. However, the singer was later called back on stage along with other contestants; Normani Lauren Jauregui, Ally Brooke, Dinah Jane to form a girl group which was later named Fifth Harmony.

The group finished the show in the third position, after which they signed a joint contract with Simon Cowell's Syco Music and L.A. Reid's record label, Epic Records. In 2013, the group released their first EP, Better Together. The group later went on to release two studio albums, Reflection (2015) and 7/27 (2016). The group also went on several tours before Camila Cabello's departure in December 2016.

5. Fan of Ed Sheeran, Cabello Has Kept His Tweet on Her Room

Camila Cabello, a phenomenal singer in herself, is a great fan of English singer Ed Sheeran. She has been a fan of Ed since she was with the girl group Fifth Harmony. In an interview, Cabello said each of them had to pick a cover to sing, and she picked Sheeran's Lego House, which earned numerous fans following for the group.

Listening to their song, Sheeran, the original singer, tweeted the group "Incredible." After that, one of Cabello's fan gifted her a framed version of the tweet, which she has hung on the wall of her room.

In 2017, Cabello revealed she broke down into tears when she got face-to-face with Ed Sheeran.

4. Started Solo Career with the Release of Love Incredible

Splitting off the girls' group, Camila Cabello began her solo career in 2017. She released a single, Love Incredible in collaboration with Norwegian DJ Cashmere Cat in February that year, however, the single was leaked online days before the official release of the song, i.e., 25th January. The single was later included on Cashmere's debut studio album, 9.

In 2018, Camila released her self-titled debut album, Camila, which peaked at number #1 on the Billboard 200 chart. Furthermore, the album received Platinum certification by the Recording Industry Association of America. Its most successful single, Havana, topped the charts in many countries, including the UK and the US.

Camila released her second studio album, Romance, on December 6, 2019, that also includes one of her most popular singles, Señorita, featuring Shawn Mendes.

Camila Cabello and Shawn Mendes are friends for long. The friends went on to collaborate for a single, Señorita earlier this year, this was when the two sparked their relationship rumor. They were spotted spending their quality time frequently, however, remained mum about their relationship, which at one point made their fans believe this was only a publicity stunt.

But on Mendes' 21st birthday, Camila took to her Instagram, where she openly confessed her love to the Canadian singer. In the caption, she said: "Happy birthday to this magic human, I love you!!!!❤️❤️❤️❤️."

Cabello previously dated a life coach, Matthew Hussey. The couple, who first met on the set of Today in February 2018, started dating shortly after. She announced her breakup shortly after the release of Señorita in June.

The 22-year-old Cuban-American singer revealed about coping with OCD in a 2017 interview. There she opened up about her struggle with OCD in late 2015 and the beginning of 2016, which she said was "totally out of control." Cabello said the Latina magazine,

I would wake up with a super-accelerated heartbeat and really negative, intrusive, compulsive thoughts. I was so inside my head, and I didn't know what was happening.

She further said the experience of coping with the disorder taught her the importance of self-care and giving mental illness more visibility.

1. Cabello Has a $3 Million House In Hollywood Hills

As per the records, the house was originally built in 1977 and has undergone a series of renovations. The house features a bright and airy living room, a high-end kitchen with professional appliances, and a Roman-inspired secluded patio.

Fact: Camila Cabello has an impressive net worth of $14 million in 2019.