Home entertainment Maya Hawke Following The Footsteps Of Her Celebrity Parents Uma Thurman And Ethan Hawke: Details Of Her Personal And Professional life

Maya Hawke Following The Footsteps Of Her Celebrity Parents Uma Thurman And Ethan Hawke: Details Of Her Personal And Professional life 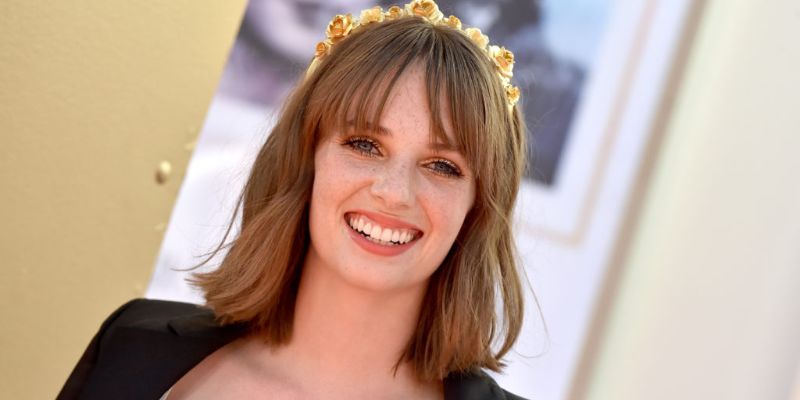 Maya Ray Thurman Hawke, an American actress, and model made her screen debut from the BBC adaptation of Little Women alongside Emily Watson, Willa Fitzgerald, Kathryn Newton, Annes Elwy, and other notable stars.

If you are unfamiliar with her till now, then her character of Robin Buckley with that snarky remarks and invigorating presence might have tickled your mind. Needless to say, fans can't seem to get enough of the up-and-coming young actress, and neither can we.

Maya Hawke As A Daughter Of Hollywood Royalty

Maya is the eldest child of notable actors Uma Thurman and  Ethan Hawke.

Maya's mother, Uma Karuna Thurman, has been active in the entertainment industry since the year 1985.

However, she rose to prominence with her performance in Quentin Tarantino's 1994 film Pulp Fiction.

Her character, Mia Wallace, is considered one of the most iconic female film characters of the 1990s. For this, she became nominated in seven different awards, including Academy Awards and Golden Globe Award.

Uma was a member of the jury for the main competition at the 64th Cannes Film Festival. Later in 2017, she was named president of the 70th edition's "Un Certain Regard" jury.

For her performance in the film Hysterical Blindness, Thurman won the Golden Globe Award for Best Actress in a Television Film. She also became nominated in Primetime Emmy Award for her five-episode role in the NBC musical series Smash.

Maya's father, Ethan Hawke, is a nominee of four Academy Awards and a Tony Award. In addition to being an actor, Ethan is also a director, screenwriter, and novelist.

He has starred in numerous movies, including Dead Poets Society, Reality Bites, Before trilogy: Before Sunrise, Before Sunset and Before Midnight, Training Day, Gattaca.

As for 2020, he is busy shooting for two movies Tesla and Cut Throat City, and a television series The Good Lord Bird. The star cast for the series includes Daveed Diggs, Wyatt Russell. Further, Ethan is also a creator and executive producer of this series.

Maya started her career as a model like her mother and grandmother. She modeled for Vogue and was also chosen as the face of the British fashion retailer AllSaints's 2016/2017 collection.

Hawke made a debut as Jo March in the BBC's Little Women.

Hawke's performance in Stranger Things won her the Saturn Award for Best Supporting Actress in 2019.

Maya also portrayed the character of a Manson cult follower in Quentin Tarantino's film Once Upon a Time in Hollywood.

A Debut Album To Release Soon

Hawke released her first two singles titled "To Love A Boy" and "Stay Open" in August 2019. It is written and recorded by Hawke and Grammy Award-winning singer-songwriter Jesse Harris.

The two released songs are included in her upcoming debut studio album. The release date and title of the album are yet undecided.

It seems like the actress-turned-singer despite being kept out of the spotlight in childhood is not media-shy at all. But, it should be noted that she is reticent about her dating life.

Back in 2017, in an interview with The Sunday Morning Herald, she exclaimed, "I had a wonderful, loving relationship that lasted a year. It just ended, and I'm single."

Refusing to engage in dating apps, she further added, "it's fun to spend time alone, then there's not the incentive to go out and meet people and make yourself vulnerable."

When Maya appeared on the third season of Stranger Things, fans were gushing over her on-screen chemistry with co-star Joe Keery. Later, it turned out that Joe has been dating actress Maika Monroe leaving fans heartbroken.

Though neither of them has confirmed the relation, their fondness for each other can be clearly seen in the Instagram account.

Maya posted this picture with Gus in February of 2019.

In June of the same year, Wenner also posted a photo of him and Hawke with the location tag of Amagansett, New York.

We will have to wait for their official statements to know if they are dating each other, though it is safe to say that they share a great bond with each other.