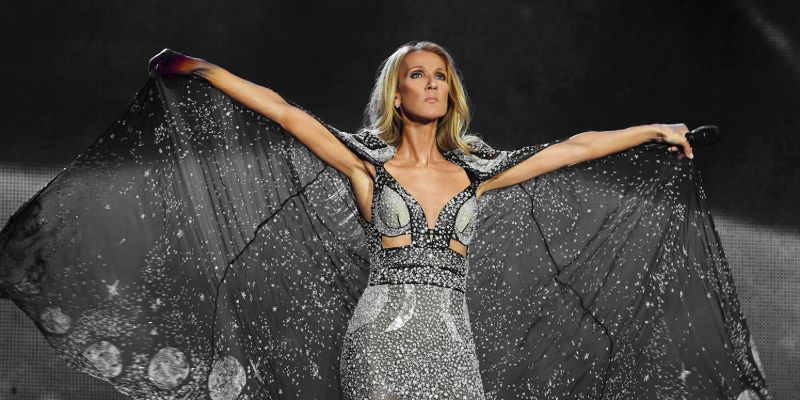 We can only wish to have the angelic voice like Celine Dion. Nevertheless, no matter how best an artist is, when they are in constant scrutiny of media, people find a way to criticize them for anything!

Celine had to encounter a similar situation after her dramatic weight loss. But, Dion, with years of experience of handling ups and downs, took the situation gracefully.

All the details in the article!

The A New Day Has Come hitmaker stole the Paris Fashion Week spotlight with her non-stop streams of fashion looks.

But the numerous outfit changes made her fans notice the weight loss she had which ultimately was not taken positively by her followers.

Among all the apparel she wore that evening, an Irish van Herpen, a Dutch fashion designer, outfit dragged Celine into the furore.

The picture was shared by Vogue Australia in their Instagram and the comment section was filled with fans' concern for the singer.

“Fab voice and fashionista, but my God she looks scarily thin,” one commented.

“I’ve seen her in a few posts and she is seriously underweight. Not a good look,” another fan wrote.

While some even criticized Vogue for posting a 'unflattering' picture of Celine.

“Bad pic of a Queen! Vogue don’t you feel something is wrong? It's not a friendly pic,” one responded in the agreement with the comment “Not nice Vogue Australia, you could post a nicer picture."

The speculation regarding her weight loss went as far as labeling her as an anorexic.

The speculations led the Canadian diva to shut down the rumors of having an eating disorder in an interview with the Good Morning America.

Celine Shutting Down the Body Shamers

Celine spoke about the issue related to her weight loss after several months of extremely harsh criticisms.

Since January of 2019, the 51-year-old Canadian singer had been the target of endless online critiques.

Celine engaged in a conversation with Entertainment Tonight in the backstage of the Quebec City, Canada tour.

The singer responded to the criticisms saying "Is there anything wrong about my body?"

Further, she added that the criticisms were just a part of the job in the entertainment industry. She said,

If you don't want to be criticized, you are in the wrong place. I take the positive. I take what's good for me. I leave behind what is not good for me.

In another interview with The Sun, Dion told off the body shamers,

I want to feel strong, beautiful, feminine and sexy… If you like it, I'll be there… If you don't, leave me alone.

Dion Secret to Being in Perfect Shape

While asked about her weight loss regimen, Celine credited her ballet training. She revealed that her 12-year-old self had a round face but she had always been 'very thin.'

Moreover, she said that she feels both mentally and physically fit with her new found love for ballet.

It seems like the I'm Alive hitmaker knows well to maintain her beautiful body. Her only wish is that people would stop criticizing her for it.