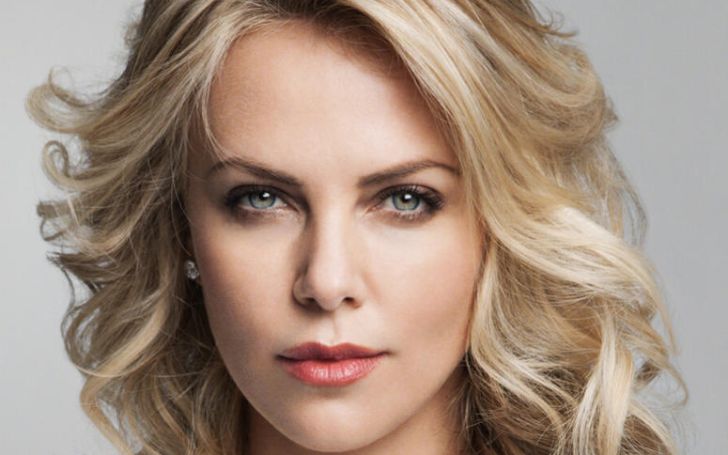 Charlize Theron is an American actress who won several accolades, including an Academy Award, and the Silver Bear for Best Actress. She came into the limelight by playing the leading lady in the Hollywood films The Devil’s Advocate (1997), and The Cider House Rules (1999).

Charlize Theron born on August 7, 1975, in Benoni, South Africa. As of 2019, she turned 43 years old and her birth sign is Leo, which defines her personality as Bold, intelligent, warm, and courageous. She is the only child of Charles Theron and Gerda (née Maritz). She grew on her parents’ farm in Benoni, near Johannesburg. Her father who was an alcoholic threatened both Charlize and her mother while drunk and physically attacked her mother. Her mother then shot and killed him, however, the shooting was legally declared as self-defense and her mother faced no charge.

Theron attended the Putfontein Primary School; she said that she was not “fitting in” during that time. She was sent to boarding school at the age of thirteen and started her studies at the National School of the Arts in Johannesburg. Her first language is Afrikaans though she speaks English fluently.

She became a naturalized citizen of the U.S. in 2007. Also, she has retained her South African citizenship.

No doubt, Charlize Theron is one of the most beautiful women in Hollywood. She has never been married to date. Currently, she is living a single life after breaking up with Sean Penn in 2015. The former pair started dating in 2014, as they were friends for many years. They were spotted for the first time in Hawaii and became engaged in 2014. They ended their relationship in June 2015.

At the beginning of her big-screen career, she dated actor Craig Bierko for around two years, from 1995-1997. Following their break up, she met Third Eye BIind frontman Jenkins during their shows in 1998. The former pair dated until 2001.

Likewise, she met Irish actor, Stuart Townsend in 2001. The couple played on-screen husband and wife in a 2002 film, Trapped. They dated for years and ended their relationship in 2010. This was her longest relationship to date.

In 2012, Theron met actor Keanu Reeves on the set of Sweet November. The two were rumored to have an on-and-off relationship until 2012. Speculations about the relationship started after they were caught snuggling after a date in May 2010. However, the news was not confirmed.

Theron had a brief relationship with Alexander Skarsgård. They were spotted on a few dates in Hollywood in April 2012 but were not serious regarding their relationship. Similarly, she has adopted two children; a son named Jackson and a daughter named August.

Charlize Theron’s Career and Net Worth

At the age of 16, Theron won a one-year modeling contract at a local competition in Salerno. She spent a year in modeling, later moved to the New York City and Miami with her mother. At the age of 19, she flew to Los Angeles, with her mother to pursue her career in the film industry. After a few months in the city, she made her film debut with a non-speaking role in the horror film Children of the Corn III: Urban Harvest(1995).

She played serial killer Aileen Wuornos in a 2003 biographical crime drama film, Monster. Likewise, in 2007, she played a police detective in the critically acclaimed crime film In the Valley of Elah.

She briefly appeared in flashbacks in a 2009 post-apocalyptic drama The Road and provided her voice in the animated film Astro Boy. On 4 December 2009, she co-presented the draw for the 2010 FIFA World Cup in Cape Town, South Africa.

In 2012, she took on the role of villain in two-big budgeted films. She portrayed Evil Queen Ravenna in Snow White and the Huntsman, opposite Kristen Stewart and Chris Hemsworth. Also, she appeared as a crew member with a hidden agenda in Ridley Scott’s Prometheus.

Theron starred in The Fate of the Furious, as the main antagonist of the entire franchise in 2017. She received praise for playing troubled women in a 2018 film, Tully. Also, she played the president of a pharmaceutical in the little-seen crime film Gringo, released in 2018.

This movie holds a special place in my heart. I hope you all enjoy it as much as we enjoyed making it. In theaters now! #tullymovie

Charlize Theron’s net worth is $110 million at present. She earns a massive amount of money from her career. With such an impressive net worth, she is living a better life.