Who Is Chiara Ferragni? Know About Her Age, Early Life, Career, Net Worth, Personal Life, & Relationship 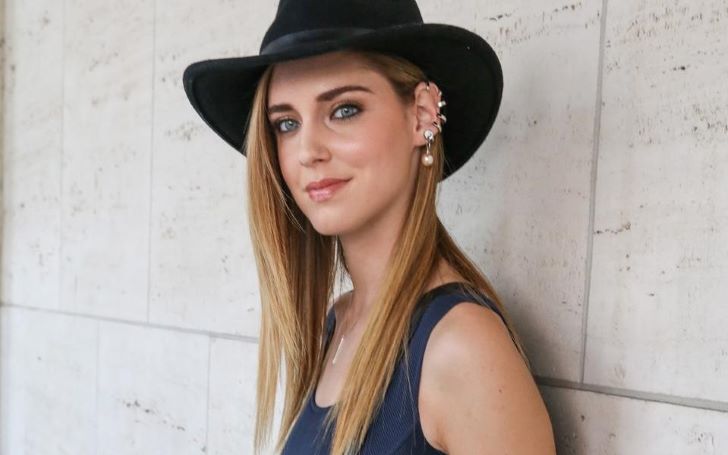 Body and Relation Status of Who Is Chiara Ferragni? Know About Her Age, Early Life, Career, Net Worth, Personal Life, & Relationship

Born and raised in Cremona, Chiara Ferragni is an Italian fashion influencer, blogger, designer, and businesswoman. She is also the first on Forbes’ “Top Fashion Influencers” list in September 2017. In addition, she collaborated with many fashion and beauty brands through her blog named The Blonde Salad.

The Italian fashion designer was born on May 7, 1987, in Cremona, Italy. She was born to father Marco Ferragni, a dentist and mother Marina Di Guardo, a writer. As for siblings, she has two younger sisters; Valentina, a social media star, and Francesca, a dentist.

Ferragni belongs to Italian nationality and white by ethnicity. Her mother is of Sicilian origin while the father is Italian. Her birth sign is Taurus. As for education, she studied at the Bocconi University School of Law in Milan, Italy, but did not receive a degree.

The Italian fashion designer has 26 tattoos in different parts of her body. She tattooed lioness with the cub on her right hand to celebrate the birth of her son, Leone.

Similarly, her first tattoo was lion and lioness symbolizing love when she was in relationship with rapper boyfriend in August 2016. some of her other tattoos are bow on her neck, "Ode Alle Vita" on her elbow, mickey mouse on her forearm and many more.

Ferragni married Italian rapper and producer Federico Lucia. The wedding ceremony was held in Noto, Sicily on September 1, 2018. The couple started dating in late 2016 and are together ever since.

Lucio proposed at his concert in Verona, Italy on May 6, 2017, and got engagement which was aired live on the Italian TV channel RTL 102.5 and radio. Chiara gave birth to a son, Leone on March 19, 2018. The family currently resides in Milan and Los Angeles.

She was previously in a relationship with Riccardo Pozzoli, an Italian entrepreneur in 2007. Riccardo helped Chiara’s fashion website, The Blonde Salad website into a profitable one. However, with mutual understanding, the couple broke up in 2013 after six years of relationship. Although, they are separated but are professionally related.

The Italian fashion designer then started dating American photographer Andrew Arthur in 2014. The couple lived together for a few months in Los Angeles’ Silver Lake until they parted their ways.

According to a few online sources, Ferragni has accumulated an estimated net worth of over $10 million as of 2019. The main source of her earnings is from various deals, she made with international companies.

The Italian fashion designer started her professional career as a fashion blog in October 2009. In her blogs, the number of views reached more than a million and 12 million views per month. She opened her own footwear line under the name Chiara Ferragni Collection in 2010.

With the popularity and positive, she was encouraged to publish an Italian language eBook under the name, The Blonde Salad on December 2013. In November of the same year, she worked as a model for the ad campaign of Guess.

Furthermore, Chiara appeared as a guest judge on season 13 of Project Runway in August 2014. Her blog and shoe line became a case study at Harvard Business School in January 2015. Additionally, she appeared on Vogue cover and became the first fashion blogger to appear on any Vogue Cover in April 2015.

In January 2016, Pantene announced her as their global brand ambassador. She opened her first exclusive store under the name Chiara Ferragni Collection in Milan on July 26, 2017.

Who is Chiara Ferragni?

How old is Chiara Ferragni?

Who is the husband of Chiara Ferragni?

Federico Lucia is the husband of Chiara Ferragni.

How much is Chiara Ferragni worth?

Chiara Ferragni has an estimated net worth of $10.4 million as of August 2019.