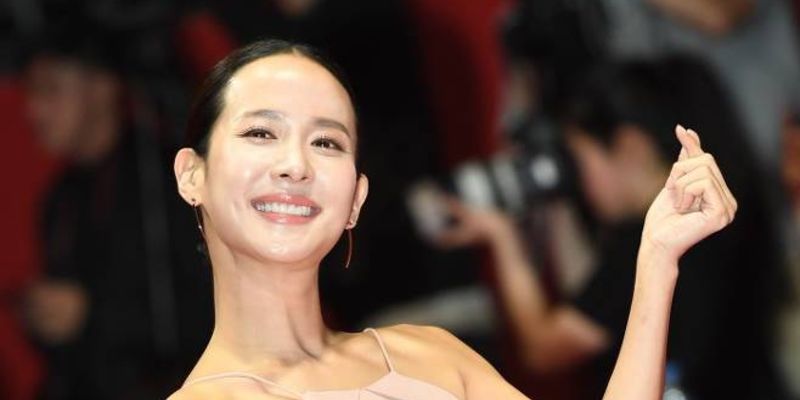 The success of the movie is remarkably immense as it became the first non-English movie to win the Screen Actors Guild Award in the category for Outstanding Performance by a Cast in a Motion Picture.

Besides Parasite, Jeong's performance as a lead actress in the films The Servant and The Concubine are notable as well. The actress has become international fame and is receiving a positive response from critics, and clearly, she deserves it all. In this article, we will learn seven exciting facts about the actress.

7. She Has Published A Book

In 2013, Jeong published a book named Healing Beauty. The book contains tips and advice on health and beauty she had gathered on her 16-year long career.

In the interview with The Chosun Ilbo newspaper, Cho stated,

"I exercise for 30 minutes every day, even when I am shooting a film or drama. Although I have to take care of my appearance because of my job as an actress, this is something that many women can relate to. However, it can be a pain sometimes."

6. Unhappy At The Beginning Of Career

Born on February 10, 1981, Yeo-Jeong entered the glamour industry at the age of 16. With the hopes of acquiring a successful acting career, she debuted as a cover girl in CeCi magazine. The magazine, which started in the early 1990s, was quite popular in Korea.

From 1999, she actively pursued acting appearing in numerous drama series, television commercials, movies, and music videos. However, none of the projects provided sufficient recognization for Cho. In addition to being little known for years, she also received limited roles, which left her feeling unhappy.

Currently, the 38-years old actress has 226k followers on Instagram. It is only a matter of time for her Instagram followers to cross million, given her success.

While there might be thousands, if not, millions vying for Cho Yeo-Jeong's heart, Jeong seems to be focused on her career, and perhaps it might be too soon to say that she will be tieing a knot.

Neither Jeong's social media post suggests any possible love interest. The Servant actress is currently relishing the success of her spectacular performance in Parasite and has no particular person in her life.

Jeong became involved in a contract dispute in 2013. This came three years after she gained notability as a lead cast of the romantic drama movie The Servant.

The publicized dispute occurred when Cho signed a contract with Bom Entertainment. However, during this time, she already had an existing contract with another agency, Didim531.

According to Korea Star Daily, Boom Entertainment was also a former agency of Be Strong, Geum-soon! actor Kang Ji-hwan. Kang also faced a similar issue in the past with S-Plus Entertainment and Jambo Entertainment, which got resolved the issue in 2013.

In November 2019, famous Korean singer and record label mogul, Park Jin-young, colloquially referred to as JY Park, made his comeback with a new album.

The album, more specifically, a single from the album "Fever," garnered a fair amount of attention from media.

The single featured Cho playing a new neighbor with whom Park falls in love. Moreover, the video starts to get a bit racy with a flirtatious encounter in the balcony and lift. The video currently has 14 million views on YouTube.

1. Cho Has Won An Award Equivalent Of Academy Award

It comes as no surprise that Parasite cast has amassed a significant number of fans from their outstanding portrayal. The movie earned six Academy Awards nominations, including one for the category of Best Picture.