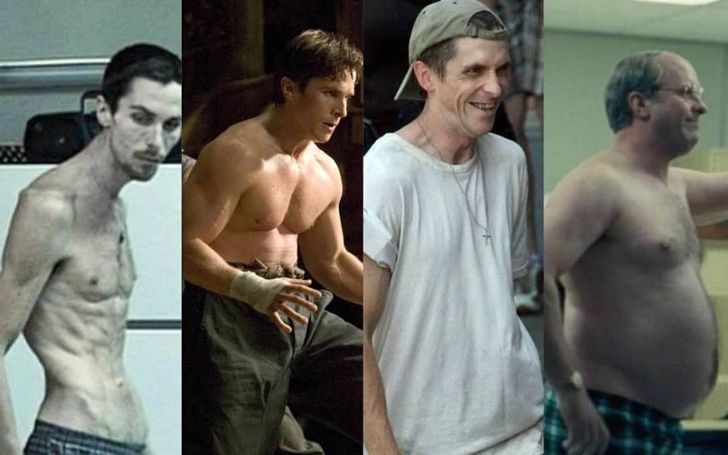 CHRISTIAN BALE -Is the guy even human?

One of the most accomplished actors of all time, no one can deny Christian's dedication to his craft. He is a true method-actor, through and through, undergoing insane body transformations at the cost of his health.

To truly immerse himself into his roles, Christian has lost obscene amounts of weight. He has put on equally ludicrous amounts to better embody the characters he portrays on-screen.

In honor of one of Hollywood's finest, we have compiled this list of Christian Bale's (frankly outrageous) body transformations to date.

Losing 28 KG For The Machinist

Starting Christian's streak as a devoted method actor was his role in the 2004 psychological thriller, The Machinist. For his portrayal of the insomniac Trevor Reznik, Christian lost over 28 kilograms. By the time filming started, he was weighing 54 kilos.

His daily diet consisted of an apple, water, and a cup of coffee.

Bulking Up For Batman Begins

After losing an absurd 28 KG for The Machinist, Christian was offered the role of Bruce Wayne/Batman in Christopher Nolan's 2005 superhero movie Batman Begins.

He had six months to bulk up before filming for the movie officially began. Christian underwent a rigorous regimen under the guidance of a personal trainer and gained 45 KG for the role. He also trained in numerous martial arts disciplines like Wing Chun Kung Fu and the Keysi Fighting Method.

He had gained a surplus weight that he had to shed to fit into the Batman suit.

Christian's weight fluctuated between his three-movie stint as Batman and his role in the 2011 biographical movie, The Fighter, but none were as drastic as his weight loss for The Machinist.

That all changed when he was cast as one of the leads in American Hustle. While Christian had already bulked up for Batman, he had to put on actual fat for his role in 2013's American Hustle.

For playing the sleazy con-man Irving Rosenfeld, he reportedly binged on doughnuts, pizza, and other assorted comfort foods. By the time filming for the movie began, Christian (when he put on his wig and facial prosthetics) was nigh unrecognizable. He had put on more than 19 KG and sported a huge belly.

Putting on Additional Weight for Vice

After staying relatively the same weight in the ensuing years, 2018's Vice saw Christian step into the shoes of American politician Dick Cheney. If one were to put up pictures of Christian Bale and Dick Cheney and compare them side-by-side, they were as far off as two human beings can be.

But true to his shapeshifter form, Christian put on added weight and truly embodied the character. He put on an additional 18 KGs; his secret was a whole lot of comfort food.

Leaning Down For Ford V Ferrari

Most recently, Christian slimmed down considerably to step into the shoes of a professional race car driver. For 2019's Ford V Ferrari, Christian sported a leaner and more athletic figure.

Far from being purely aesthetic, the added weight loss helped him emulate the harsh conditions of a professional race car driver.