home Biography Who Is Cindy Crawford? Get To Know Everything About Her Early Life, Career, Net Worth, Personal Life, & Relationship

Who Is Cindy Crawford? Get To Know Everything About Her Early Life, Career, Net Worth, Personal Life, & Relationship 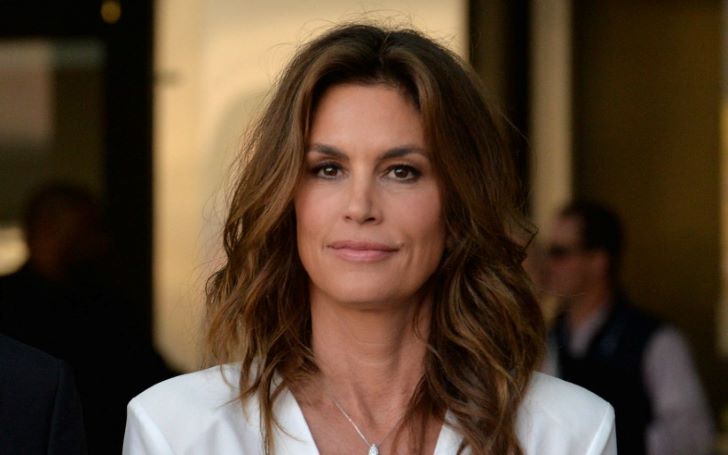 Body and Relation Status of Who Is Cindy Crawford? Get To Know Everything About Her Early Life, Career, Net Worth, Personal Life, & Relationship

Cynthia Ann Crawford, also professionally known as Cindy Crawford is an American actress and model, best known for the movies including Fair Game, 54 and 3rd Rock from the Sun. She came into limelight as the model and led her to the on-screen shows and films. In addition, she worked as the spokesmodel of various brands.

The American model was born on February 20, 1966, in DeKalb, Illinois, United States.  She was born to father John Crawford and mother Jennifer Daniel Sue Crawford-Moluf. As for siblings, she has two sisters; Chris and Danielle and a brother; Jeffrey who died at the age of 3 due to leukemia.

Cindy belongs to American nationality and the descendant of German, English and French ancestry. Her birth sign is Pisces.

As for education, she completed her high school course from DeKalb High School in 1984 with the title valedictorian. At the age of 17, she competed for Elite Model Management’s Look of the year where she earned the second rank.

For higher education, she attended Northwestern University to study chemical engineering however dropped out after reading one quarter for the pursuit of a modeling career.

Cindy Crawford’s Personal Life: Who is her husband?

The gorgeous American model married the former American model and businessman at present Rande Gerber on May 29, 1998. The couple is living a happy married life for more than twenty years.

Cindy gave birth to first child Presley Walker Gerber on July 2, 1999. After two years, the couple had a daughter Kaia Jordan Gerber, born on September 3, 2001. Both the children are following the footsteps of their parents in the modeling career.

Crawford was previously married to an American actor Richard Gere in 1991. They lived together for about four years until they divorced in 1995.

The american actress has very beautiful looks and does various work out to maintain her beauty. She also takes organic food and looks stunning even without makeup.

The American model has amassed a huge net worth of $100 million approximately as of 2019. The main source of her earnings is from modeling, films and TV series.

In addition, she also appeared in several music videos. She walked on the ramp for various international brands including Versace.

Moreover, she made several deals with the Pepsi company becoming the face of the brand.

Crawford started her modeling career working with the photographer Victor Skrebneski in Chicago as a model. She then moved to New York where she signed the contract with Elite New York modeling agency in 1986.

With the increase in popularity in the 1980s and 1990s, the American model appeared in over 500 fashion shows representing different brands, and fashion designer.

She appeared on the cover of several international editorials including Harper’s Bazaar, Vogue, W, Elle, Allure, and Cosmopolitan. She also walked on the runway for various international brands such as Versace, Chanel, Calvin Klein, Michael Kors, Guess and many more.

Furthermore, she made a deal with Jean-Louis Sebagh for the beauty line, successfully opening the product named Guthy-Renker in 2000. She also established her own furniture company, Cindy Crawford Home Collection.

Who is Cindy Crawford?

Cindy Crawford is an American actress, and model, best known for the movies and TV series including Fair Game, 54 and 3rd Rock from the Sun.

How old is Cindy Crawford?

How tall is Cindy Crawford?

How much is Cindy Crawford worth?