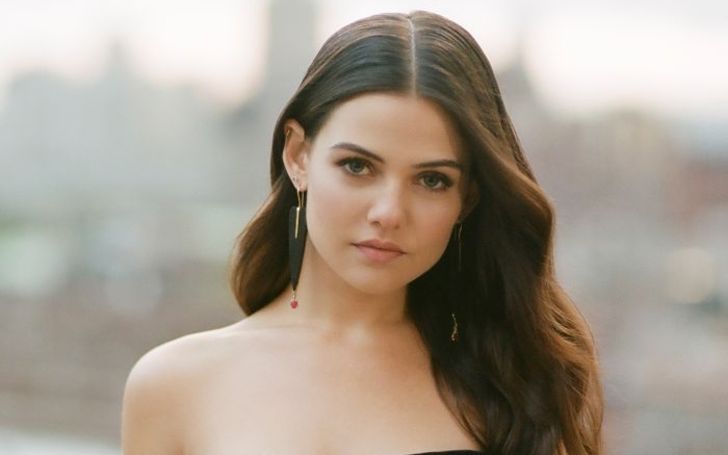 The rising star, Danielle Campbell is an inspiration to the girls all around the world who want to pursue their career as an actress.  She has dedicated over a decade of her life in the acting field and appeared in Starstruck, Drop Dead Diva, Runaways, The Poker House, Prom, and many more.

Danielle Campbell was born on 1995, January 30 to parents; mother, Georganne Campbell, and father, John Campbell in Hinsdale, IL under the zodiac sign, Aquarius. She holds an American nationality and belongs to a white ethnicity, and follows Christianity.

Campbell was raised by her parents in her home town along with her sibling, Johnny Campbell. Regarding her education, she attended Hinsdale Central High School.

The prominent figure, Danielle Campbell is rumored dating her co-star, Nathaniel Buzolic. The couple has been reportedly together since 2017. The rumored started when they appeared in each other’s Instagram stories throughout a trip to Croatia.

Prior, she dated one of the members of the famous boy band, former One Direction, Louis Tomilson in 2015. Their relationship became public when they were spotted together during a night out. They broke up in 2016, December.

In addition, she was also linked to an actor, Tyler Posey in July 2015.

The talented actress, Danielle Campbell is believed to own $500,000 through her rising career. The average salary of an actor in the United States of America is $39.83 per hour and $50,249 per year. She debuted from the TV series, Prison Break.  Besides, she earns from an endorsement deal with Build-A-Bear Workshop.

She has also appeared in the movies The Poker House, Prom, F the Prom, You Can Choose Your Family, and much more. Moreover, she featured in the series Starstruck, Drop Dead Diva, Runaways, Famous in Love, All American, and many others. Danielle, as of 2019, is working in the TV show, Tell Me a Story.

She has starred alongside Jennifer Lawrence, Yin Chang, Tom Arnold, Diamond White, and many more.  Likewise, she is also featured in the music video, Better With You.