home Biography Who Is D'Arcy Carden? Get To Know Everything About Her Age, Height, Net Worth, Body Measurements, Early Life, Career, Marriage, & Family

Who Is D'Arcy Carden? Get To Know Everything About Her Age, Height, Net Worth, Body Measurements, Early Life, Career, Marriage, & Family 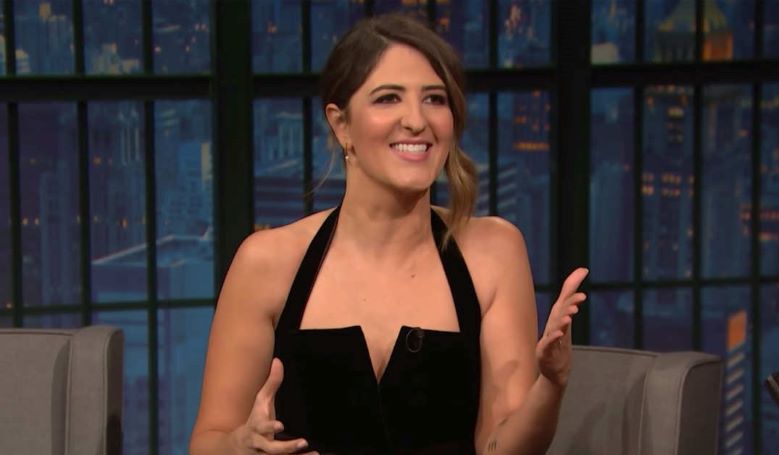 Body and Relation Status of Who Is D'Arcy Carden? Get To Know Everything About Her Age, Height, Net Worth, Body Measurements, Early Life, Career, Marriage, & Family

D’Arcy Beth Carden, also known as D’Arcy Carden, is an American actress and comedian, popular for the role of Janet in the sitcom The Good Place. In addition, she has appeared in several TV series and films including Other People and Last Week Tonight with John Oliver in the professional career of nearly 19 years.

The American actress was born on January 4, 1980, in Danville, California, United States. She was born Darcy Beth Erokan to father Dennis Erokan, actor and owner of BAM magazine, while her mother’s family name is Engelfried. As for siblings, she has a brother, Will and two sisters, Miranda and Laney.

Carden belongs to American nationality and white by ethnicity. Her birth sign is Capricorn. Her name D’Arcy is influenced by the member of the band The Smashing Pumpkins, D’Arcy Wretzky, during her junior high.

As for education, she completed her high school course from San Ramon Valley High School in 1998. Later, she studied Bachelor's in Fine Arts in Theater from South Oregon University.

The gorgeous American actress married Jason Grant Carden, a producer, on July 31, 2010. The two met each other while working in the same drama in San Francisco.

They instantly fell in love with each other during work due to common things in both they have in life. It made it convenient for each other to hang out with each other in 2000. It’s been almost 9 years they are together, living a happy and lovely life.

Carden is a popular comedian as well as a hardworking actress. With the professional career of nearly 19 years, she played in several sitcoms and performed in several shows.

With the soaring popularity in the entertainment industry, she has accumulated an estimated net worth of over $2 million, as of July 2019. In addition, her husband as a producer earns a lot himself for the family.

Although the salary of D’Arcy is not revealed to the public, the average salary of an actor in America is $50,110 per annum according to PayScale.

After completing the course at University, the American actress moved to New York to pursue her career in acting. In 2001, she started working for a musical comedy company called Venue Rising. Following that, she played in a musical show, Seven Hearts.

In addition, Carden worked in several improv sketch comedy show at the Upright Citizens Brigade Theatre (UCB) and later went on a tour with the theatre’s touring company. She made a film debut in 2009 in Homeschooled as the role of Betty.

Who is D’Arcy Carden?

D’Arcy Carden is an American actress and comedian, best known for NBC sitcom The Good Place as Janet.

Who is her father and mother?

She was born Darcy Beth Erokan to father Dennis Erokan, actor and owner of BAM magazine, while her mother’s family name is Engelfried.

How old is D’Arcy Carden?

How tall is D’Arcy Carden?

How much is D’Arcy Carden worth?