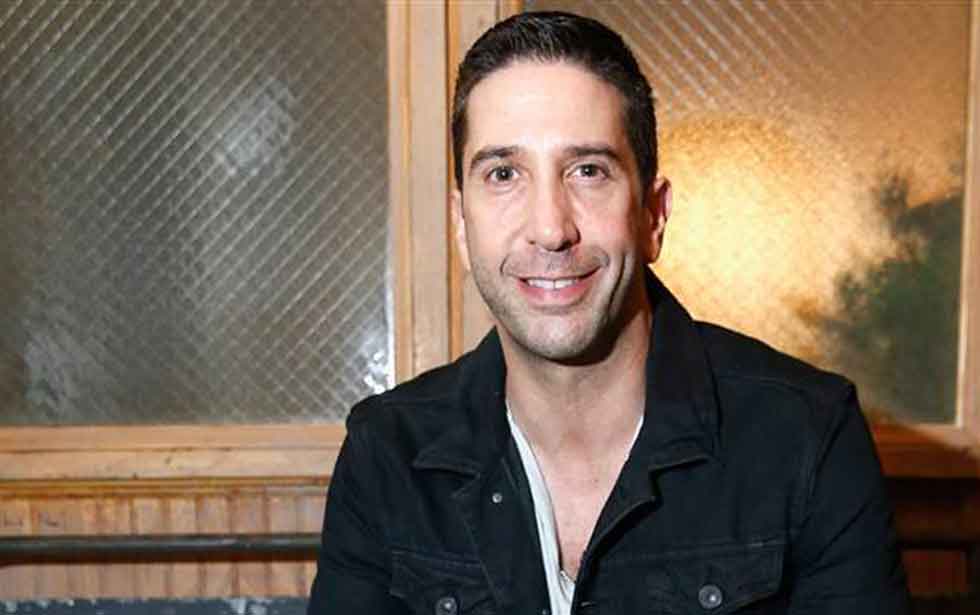 David Schwimmer, famous for the TV series, FRIENDS is a fantastic American actor, director as well as a producer. He is renowned as Ross Geller from the show FRIENDS.

Well, the actor who is married Zoe Buckman wanted to become a doctor in his early life but later on, he diverted his dream and started to work in the Hollywood industry. If you want to know more about the humorous actor, keep on scrolling. We will try to disclose his net worth, early life, bio, height, weight, salary, family and so on.

David Schwimmer was born on November 2, 1966, in Flushing, Queens, New York, United States. His full name is David Lawrence Schwimmer. He is born to mother Arlene Coleman-Schwimmer (an actor as well as a lawyer) and father Arthur Schwimmer (lawyer). The actor grew up with an elder sister who is an only year older than him, Ellie Schwimmer. Surrounded by a family with quality knowledge, he received excellent parenting.

David joined Beverly Hills High school and graduated in 1984. Initially, he wanted to be a doctor as he was a good scorer in both Science and Mathematics. Back in high school, David participated in many school plays and onstage performances. For the play, Schwimmer received excellent feedback from the school drama teacher. Thus, he then moved to Chicago to chase his career.

Next, at the age of 16, he enrolled at Northwestern University, Evanston, Illinois, United States. Schwimmer studied theater or drama course there. He then graduated with a Bachelor of Arts degree in theater and speech in 1988.

The 51 years, David Schwimmer got married to a British Photographer, Zoe Buckman, in June 2010 after being engaged in March 2010. Before that, the couple was dating each other since 2007. Just after the year of their the couple married, they welcomed a baby girl name Cleo Buckman Schwimmer on May 8, 2011.

After a long time of marriage, they have called it off. The couple, in April 2017, made a statement “we are taking some time apart.” And it is believed that they are separated since then.

David Schwimmer’s Career and Net Worth

Actor David Schwimmer started his acting career at the early age of 10 as his mother was in the industry. He appeared in the in Cinderella as a fairy Godmother in Jewish version. After that, he has appeared in several movies, series. His career took a breakthrough in 1994 after he was cast as a Dr. Ross Geller in comedy series Friends. Later on, since 1996, he also started to work as a director and producer.

Schwimmer last played in a short film The Boss (2017) and the TV series The People V.O.J. Simpson: American Crime Story and Feed the Beast (2016). On September 25, 2016, he served as the board of directors of the Rape Foundation. Also, he is a member of Delta Tau Delta International Fraternity.

As of 2018, David Schwimmer’s net worth is estimated to be around $80-$85 million as some tabloid source claim it as $80 million while some other said it to be $85 million. Ross’s annual salary of the show Friends fluctuated respectively as per the increment in the newer seasons.

Salary and Earning From Friend

Earning From Movie and Other Show

Apart from a reasonable sum of money, David Schwimmer also received several awards including the Screen Actor Guild Award, Satellite Award, Glamour Award, and so on.

The famous Friends main cast, David Schwimmer live in LA but the detail regarding his current house is missing. However, it is known to all of us that he has sold his luxurious mansion in 2012. In the beginning, the house was kept in the market for $10.7 million but later on, it was sold for $8.865 million.