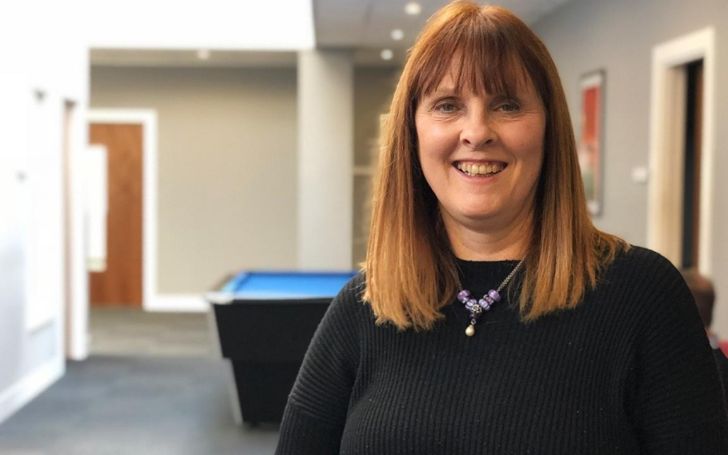 “A professional writer is inexpert who didn’t quit.” Similarly, the famous writer, Debbie Horsfield was also no-specialist who did not give up and continue writing and now has achieved her goal. She is famous as a writer for Poldark, Cutting It, and The Riff Element as well. Well, she is not only popular in writing but is also famous as a producer.

Dennie Horsfield was born in Eccles, Manchester, England, the UK in the year 1955, however, her birthdate along with the month is not available. She holds English nationality and belongs to Caucasian ethnicity.

Horsfield grew up along with her twin sisters in her birthplace. She attended Ellesmere Park High School and later, went to Newcastle University. Also, she received a BA Honours degree in Literature and English.

The 64-year-old TV writer and producer is married to Martin Wenner. The couple had a private wedding ceremony with their family and close friends. of them were invited. Her husband is an actor by profession.

The couple seems to live a blissful life with their family.  The duo is blessed with four children, however, the identity of all four children is yet unavailable. She prefers keeping all the detail regarding her personal life in a low profile in order to avoid unwanted rumors and controversies in her life.

One of the successful writer and producer, Debbie Horsfield owns an impressive net worth around $1 million. She receives around $48,732 annually as a salary as a writer while she earns an average salary of $67,872 per year as a producer.

Debbie Horsfield’s series, PoldarkDuring her early career, she worked at the Gulbenkian Studio, Newcastle from 1978-80. Similarly, she worked at The Royal Shakespeare Company from 1980-82.

Her first plays were Out on the Floor and Away from it All which were produced at the Theatre Royal Stratford East studio. She won the Thames Television Playwrights Award in 1983 and became Resident Writer at the Liverpool Playhouse the same year.

Her TV career started in 1982, she adapted her stage play Out On The Floor for BBC2 and wrote an episode of Crown Court for Granada TV.

Some of her other notable works are The Riff Raff Element, Cutting It, and Sex, Chips & Rock n’ Roll. She has won BAFTA Best Drama award nominations twice.

Also, she has adapted the first six novels of Winston Graham’s Poldark cycle for the BBC’s Poldark series. The series broadcasted its eight episodes in early 2015, ten more in autumn 2016, and a further series 5 and 6 in June 2017.