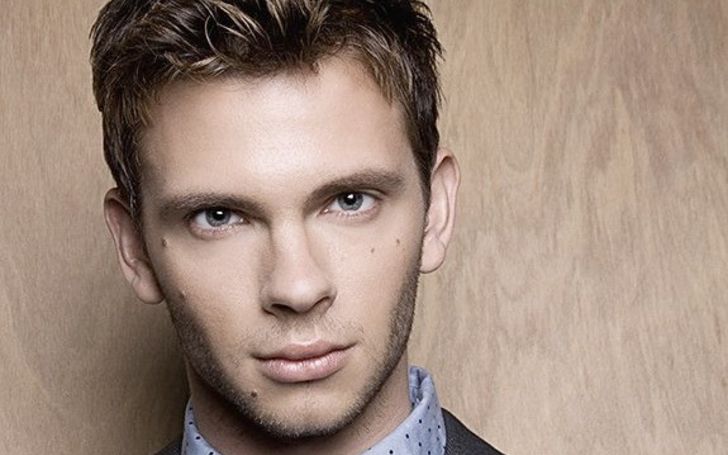 Devon Graye is an American actor who is best recognized for playing the teenage version of the title character in the popular Showtime series Dexter.  Also, his other television credits include appearances on Saving Grace, Bones, and CSI: Miami.

Devon Graye was born on March 8, 1987, in Mountain View, CA under the birth sign of Pisces. His birth sign defines him as an imaginative personality. As of 2019, his age is 31. There is no exact information regarding his parents, childhood, and siblings.

Moreover, Graye studied acting at the American Conservatory Theater in San Francisco.  He wrote a thriller screenplay titled Allison Adams, which was featured on the 2016 Black List for most popular unproduced screenplays.

Devon Graye is openly gay and has been in a relationship with actor Jordan Gavaris since September 2012.

According to a source, Graye was introduced to his boyfriend Gavaris, via his Orphan Black co-star, Tatiana Maslany. The couple maintained their love life private. Gavaris is quite active on his Twitter. However, he rarely talks about his boyfriend, Graye on his tweets.

Devon Graye’s Career and Net Worth

In 2006, Devon Graye first acted in the TV movie titled ‘A House Divided’. That year, he started playing the role of a teenager in the series ‘Dexter’. He played in the films ‘Her Best Move’ and ‘Scar’. The following year, he starred in the TV dramas ‘Bones’, ‘Novel Adventures’, ‘CSI: Miami’ and ‘Leverage’.

Also, he did the TV movies ‘Wisegal’ and ‘Merry Christmas, Drake & Josh’. He appeared in an episode of ‘The Deep End’. In 2011, he got the opportunity to act in the TV movie ‘Red Faction: Origins’ and the film ‘Husk’.

Then in 2016, Devon portrayed the character of Bert and Adam in the movies ‘Search Engines’ and ‘Retake’. In 2017, he played Christian in the flick ‘I Don’t Feel at Home in This World Anymore’.