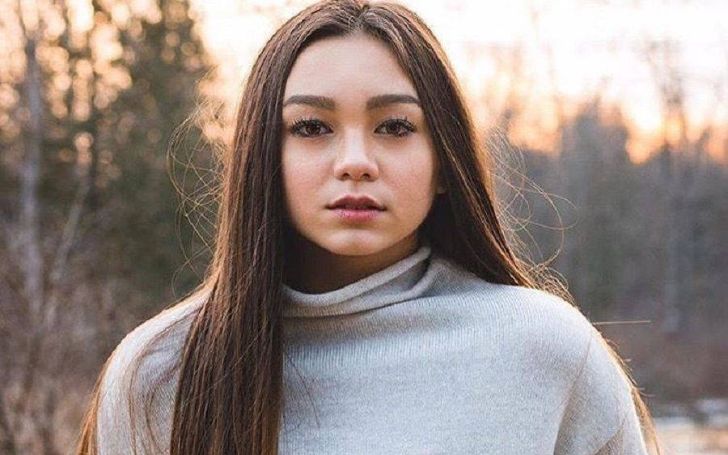 Devyn Nekoda is a Canadian actress and dancer known for her role as Vanessa Morita on the Canadian Disney Show Backstage. Add to this, a dancer has played on The Next Step and Max & Shred.

Devyn Nekoda was born on December 12, 2000, in Brantford, Canada under the birth sign of Sagittarius. She holds Canadian nationality and belongs to a white ethnic group.

Nekoda was born to her parents Doug Nekoda (father) and Leslie McMullen (mother). She grew up along with her younger brother Kove Nekoda.

Regarding her education, Devyn attended the Toronto School of Circus Acts. There are no further details about her education.

The Canadian actress, Nekoda is dating a guy named Austin Giles. The couple has already completed their one year anniversary and is still going strong.

Currently, the pair are enjoying each other companies and spending quality time with each other. The lovebirds are often seen traveling, partying and uploading their pictures on social media.

Previously, the beautiful actress, Nekoda was dating the backstage actor, Colin Petierre. They started dating in 2016, but they couldn’t sustain their relationship and broke up the same year.

Devyn Nekoda’s Net Worth and Career

As a successful actress, Nekoda owns a net worth of $1 million which is exactly equal to the famous actor Jessica Gadsden. She earned most of her net worth from her diverse professional career both as actress and dancer.

The main source of her earnings is her dance and television career and earns from commercials, endorsements, and advertisements as well.

In spite of being a very famous name in the industry, her exact salary is not available in the tabloid sources. The average actresses earn around $39.84 per hour for their work on screen. Similarly, the dancer earns around  $34,219 per year.

In 2013, she appeared in the music video for Walk off the Earth’s song ‘Speeches’. In 2014, she made her acting debut in ‘An American Girl: Isabelle Dances Into the Spotlight’.

Moreover, Dvyan appeared in seven episodes of Amazon’s CGI/live action children’s television series ‘Annedroids’ from 2015 to 2016. Also, she did a television movie called ‘The Swap’ and guest-starred in Family Channel’s sitcom ‘Raising Expectations’, in 2016.

In 2017, she played in a short film named ‘Mishka’.Also, she appeared the recurring character Allison in Netflix’s drama series ‘Northern Rescue’, in 2018.