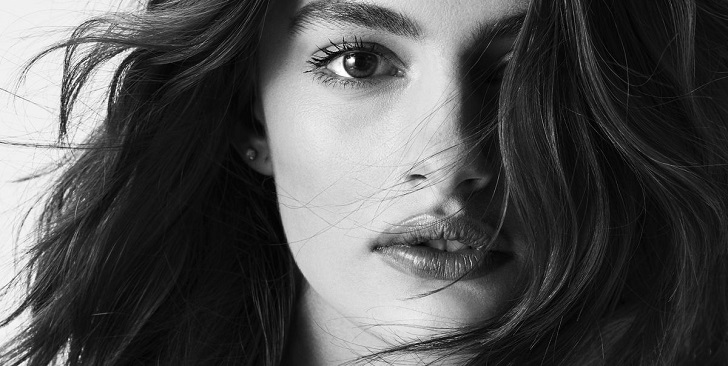 Silvers started attending theatre camps at the age of 12. She later joined New York University with the plan of graduating in acting but changed her major to history, taking film as a minor. Unfortunately, in late 2017, the California wildfire destroyed her father's house that led her to drop out while still in the third year of college.

She Is Of Jewish And Swiss Descent

The 22 years old actress grew up in Los Angeles with five siblings. Among them, her sister, Sarah Silvers, is a musician who released a single titled 'Drive' on June 10, 2019.

She Started Her Career As A Model

At the age of 15, Silvers signed with Wilhelmina when she visited the modeling agency with her friend. While working with Wilhelmina, she booked an editorial for British Elle magazine. However, the agency suddenly took off her portfolio from its website without much explanation.

Currently, she is signed to IMG models, who discovered Diana Silvers through Instagram scouting hashtag titled #WeLoveYourGenes. As per her bio in the IMG Models, she has appeared in the editorials of magazines like American Vogue, Vogue India, Vogue Taiwan, and Marie Claire.

As a matter of fact, Silvers also modeled for Brandy Melville, a clothing brand, who asked her to work for them while she was visiting the store. She mostly does 'Product Research and Development – pitch ideas for them, create things on photoshop and send it to them – and photograph girls and find girls' for the brand. Last year, the 22 years old actress also closed out the fall runway show of Stella McCartney.

Had Auditioned For A Different Role In Booksmart

Silvers' performance as Hope in the movie Booksmart made her a breakout star. However, the 22 years old actress was initially asked to audition for the role of Ryan, who is seen as the lead character, Amy Antsler's crush.

She later tried out for Hope after the production team felt her appearance would go well with the character instead.

Is Diana Silvers Dating Someone?

The 22 years old actress has not been romantically linked to anyone as of now. She did, however, revealed a bit of detail about her high-school crush in an interview back in 2018.

"The boy I was crazy about was super into photography, so I weaseled my way into AP Photo to impress him and spend more time with him. He never liked me back, but I ended up spending most my senior year in the darkroom", she told The Cut.

Net Worth Of Diana Silvers

Diana Silvers' net worth is estimated to be around $1 million. With just three movies, Diana Silvers has become a familiar face, and her career is certainly on the up and up with tons of projects under her belt. She made her acting debut with the Hulu thriller television show, Into the Dark. The same year she also guest-appeared in the movie Glass, alongside James McAvoy and Anya Taylor-Joy.

Silvers played as Hope, a high school love interest, in the movie Booksmart, which grossed $24 million against the budget of $6 million. Moreover, she co-starred as Maggie Thompson in the horror tale, Ma, that brought in $61.1 million on a $5 million budget.

She will work alongside Jessica Chastain in the action movie Ava and has been cast as the lead in Sarah Adina Smith's Birds of Paradise. Additionally, prior to her acting career, the 22 years old graced the pages of well-known magazines as a model, which can all be credited to her net worth of $1 million.