Home seven-facts Did You Know Rose Leslie Is A Part Of A Noble Family? Some More Facts About Her Including Married Life With Game of Thrones Star Kit Harington

Did You Know Rose Leslie Is A Part Of A Noble Family? Some More Facts About Her Including Married Life With Game of Thrones Star Kit Harington 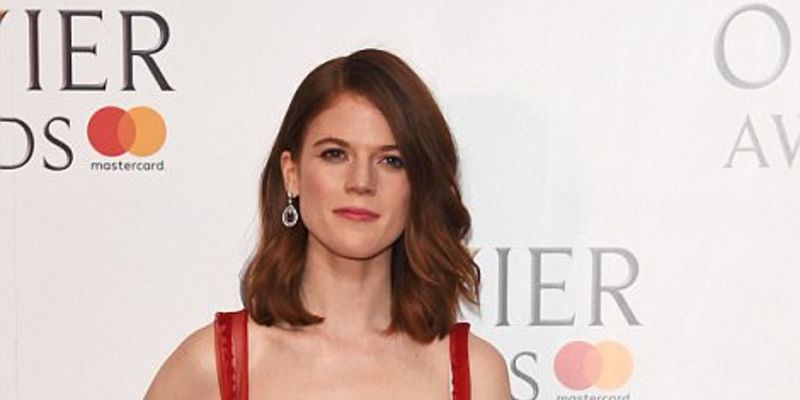 The Scottish actress Rose Leslie has been part of two big series: Game of Thrones and Downtown Abbey since the beginning of the 2010s.

Leslie rose to prominence with her performance in the seasons 1 and 2 of Game of Thrones as Wildling Ygritte and her first breakout role in Downton Abbey as Gwen Dawson.

In today's context, when celebrities tend to use social media as the most important tool for promotions, it is quite surprising to see that Leslie is not active on any one of them. The 33 years old actress doesn't have an official account on Instagram and Twitter. Nevertheless, her fans have opened numerous accounts on such platforms as a tribute to Leslie.

6. She Is Fluent In French

At the age of 10, Leslie moved to France, along with her family. The decision to move to France was that of her mother as she wanted to expose the children to a different way of life. They stayed in France for three years.

While Leslie initially hated the idea of moving to France, she eventually started falling in love with the place. Moreover, the 33-years old actress also became proficient in French for the time being. The family stayed in the town of Maisons-Laffitte, where Rose went to the Ermitage International School of France.

5. The Ethnicity Of Rose Leslie

Leslie's penchant for acting started when she was in a co-ed public school, Millfield, in England. Later, she joined the London Academy of Music and Dramatic Art and completed graduation in 2008.

Rose started her first acting job in a television documentary series called Locked Up Abroad in 2008. A year after that, she made her first screen debut television film New Town for which Leslie won a Scottish BAFTA award.

Since then, she has worked in series like Downton Abbey, Case Histories, Game of Thrones, Revolting Rhymes. Moreover, the 32-years old actress has appeared in films as The Last Witch Hunter, The Last Dance, Morgan. Leslie's appearance in such a successful TV series and movie can be credited to the net worth of $4 million.

Currently, Leslie is working on an upcoming film Death on the Nile based on Agatha Christie's novel of the same name. Leslie will be seen alongside Kenneth Branagh, Tom Bateman, Annette Bening, Russell Brand, Gal Gadot, Armie Hammer, and many more.

3. She Is A Part Of Noble Family

Despite having a British accent, Leslie was born in Aberdeen, Scotland. Until the age of ten, she lived in the 15th century built Lickleyhead Castle.

The castle was passed down from her parent's royal lineage. Leslie's father, Sebastian Arbuthnot-Leslie, is the Aberdeenshire Chieftain of Clan Leslie. Her mother, Candida Mary Sibyl "Candy" Weld, who belongs to Clan Fraser of Lovat, descended from Charles II of England.

As a matter of fact, she talked about having a British accent after she went to a boarding school at Somerset in an interview with This Morning.

2. Is Married To Kit Harington

Rose Leslie and Kit Harington started dating in 2012 while both played an on-screen couple as Jon Snow and Ygritte in Game of Thrones. However, the duo kept their off-screen love-affair hidden from the prying eyes of the media until 2016.

They made a red-carpet debut as a couple in Olivier Awards in London. A year after the red-carpet debut, in 2017, the couple announced their engagement through The Times.

In 2018, Leslie and Harington married at Rayne Church in Aberdeenshire, Scotland, with the reception held at Leslie family's properties, Wardhill Castle. The casts from Game of Throne like Emilia Clarke, Sophie Turner, and Maisie Williams were all present at the wedding.

What's interesting is that Kit Harington is also a descendant of King Charles II through his grandmother, Lavender Cecilia Denny.

1. Learned Archery For Game of Thrones

Rose Leslie is best known for portraying Ygritte in the HBO's Game of Thrones. In the series, she played as a courageous warrior woman and a skilled archer. To make her performance authentic, Leslie was put on a particular training course for several weeks.

Nevertheless, Leslie enjoyed the training and performed like a professional archer in the show. She also loved exploring different locations as Iceland as a part of the shoot and felt privileged to be a part of a globally admired show.