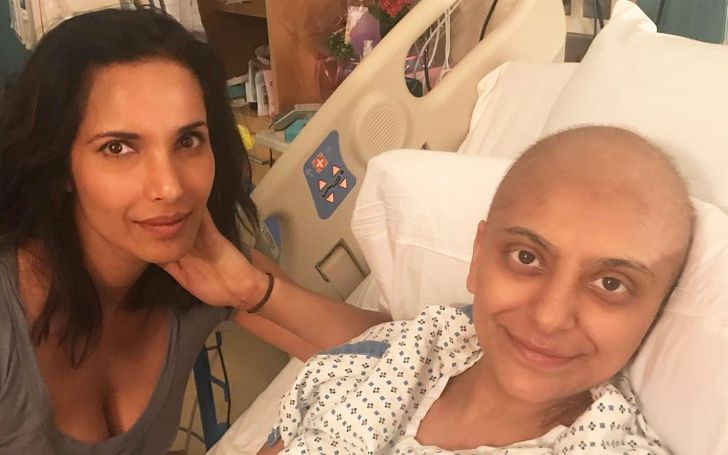 Top Chef host Padma Laksmi shares a heartfelt message on her Instagram after a former contestant, Fatima Ali died of a battle with cancer at age 29.

The former Top Chef contestant, who couldn’t win the competition but became the fan favorite, died on January 25, 2019. She died of a prolonged battle with Ewing’s Sarcoma.

Furthermore, Fatima also underwent chemotherapy before doctors declared her cancer-free. However, in October 2018, her cancer returned and she had to be hospitalized. Unfortunately, Fatima Ali left the world this January at just the age of 29.

Following her demise, her family members posted a heartfelt message on her official Instagram.

Fatima was at home with us, surrounded by her loved ones and beloved cat Mr. Meow, when she left us in the early hours of the morning. When someone as bright and young and vivacious as our Fati passes, the only metaphor that seems to fit is that of a star—a beacon in the darkness, a light that guides us, on which to make wishes, from which to weave dreams. For all the comfort and beauty they offer us, stars, too, are impermanent. This morning a great one was snuffed out. Though she’s no longer here with us, her spirit will continue to steer us. We hope that you, too, will listen to her lessons: Live your life as she did—to the fullest. Pursue your passion; spread love and joy; be kind and forgiving; be generous; enjoy every morsel—from humble street food to decadent fine dining; cook for the people you love. Travel the world and seek out adventure. Help others and don’t be afraid to take the road less taken. Fatima will always be a part of us, and in fact if you look deep enough, you may find your own inner Fati. If you’re lucky enough to find her there, trust her, listen to her, because she will change your life for the better. We’ve learned a great deal over the course of her illness, not only pragmatic lessons we wish we hadn’t needed to learn about her disease and our health system, but about the immense love of which people are capable; about the power of being true to yourself; about how we can be better if we model ourselves after someone like her. We want to thank everyone from the bottom of our now broken hearts. We’re eternally grateful for the unending support, love, and generosity shown by people along the way—from random strangers we passed on the street who would tell her how much they admire and respect her; to all her doctors and nurses who did their best; the chefs and hospitality friends who are now part of our extended family; and the big wigs that reached out to see how they can make her dreams a reality. This has been a truly humbling experience for us all and even in her last chapter as she began to leave us, Fatima showed us how we should live.

According to the post, Fatima was home when she expired in the early hours of the morning while being surrounded by her loved ones. In addition to that, her family also thanked everyone for their support.

Goodbye lil’ sis. One of our brightest stars has fallen from the sky…. I have no words, but here are some of hers: “I dream of being better. I dream of being myself again, but I know I’ll never quite be the same, and that’s okay. I know I’ll be different, and, despite the worry that settles into me every time I wake up, I look forward to meeting that woman one day.” #teamfati

One of our brightest stars has fallen from the sky… I have no words, but here are some of hers…

And, then she stated what Fatima once told her,

I dream of being better. I dream of being myselft again, but I know I’ll never quite be the same, and that’s okay. I’ll be different, and despite the worry that settles into me every time I wake up, I look forward to meeting that woman one day.

Following Fatima Ali’s death, Bravo also conferred a condolence message to her fans and sympathized with her family before talking about her personality. Likewise, many other stars also shared a tribute to her on their official Instagram and Twitter profiles.