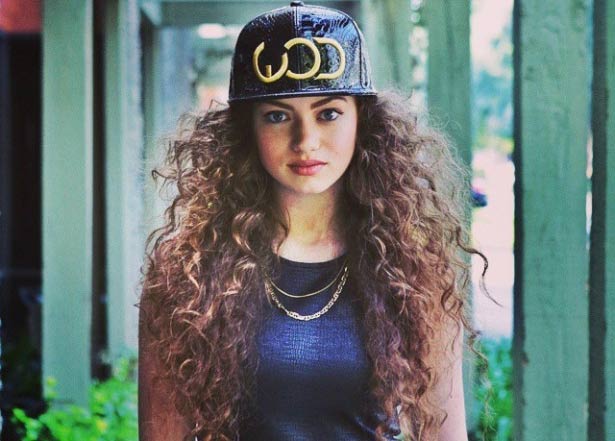 Famous with the stage name Dytto, Courtney Nicole Kelly is a young dancer popping and mimicking robot dance, who gained fame after appearing in ‘The Drop’ show. Besides that, she is also famous for her appearance in the movie as well.

Now, let’s know more about Net Worth, Boyfriend, Dance, Bio and Real Name of dance lover Dytto through this article. Here, we start with her Bio & Real Name.

Dytto was born under the birth sign Taurus on 27th April 1998, in Miami, Florida. She was born as Courtney Nicole Kelly. She has an American nationality with the white ethnicity.

Beised all this there is no information about her early life, education, and parents. These days she resides in Los Angeles, California for her professional life.

The robotic dancer, Courtney Nicole Kelly has a physically fit body with a slim body built and curved shape. She also has the tall height of 5 feet 7 inch and her body mass is 54kg. However, we are unknown about the exact measurement of her body.

She has a blue eye color and light brown, highlighted with red color hair.

Courtney Nicole Kelly is a professional dancer as well as a sensational star who has also served as a model and an actress. She came to limelight after her ‘Barbie Girl’, and it went viral within a day in 2014 which was on her YouTube Channel. She is familiar with locking, popping, robotic, tutting, and other dance forms.

Talking about her dancing career since 2014, she has appeared and worked in dozens of Dance program. Mostly she is famous as the host of ‘The Drop’ show. Once she made her guest appearance in Indian reality show ‘Dance Plus 3’.

Her other notable dance videos are Dytto & Fik-Shun: Skurt Reynolds, Dytto & Fik-Shun: The Handshake, We Are Bae Goals”, and many more. Apart from dancing, she is also known for her appearance in movies, Monsterz in 2015, and The AXI in 2011.

Later on, she has signed a contract with Xcel Talent Agency and has visited the Ellen Show many times.

Dytto is recently in a relationship with a rapper, Roshon Fegan. They are together since 2017 and still living a happy life. The news of their dating came out after they made a hand-in-hand appearance in World of Dance Industry Awards.

Before Roshon Fegan, Dytto was dating her dance partner, Fik Shun. The rumor got aired they were seen dancing together in their Youtube Channel. But both, Fik and Dytto denied the News, indicating it to be completely made up.

We all know that Kelly is active in her Hollywood career some 3 or 4 years back. And even in such a few years, she has collected a million (i.e. 1 million) in her account.

As per some of the tabloid source, her yearly income is around $250 thousand per years. Beside her income from dancing and acting, she also earns a decent amount from her YouTube Channel.