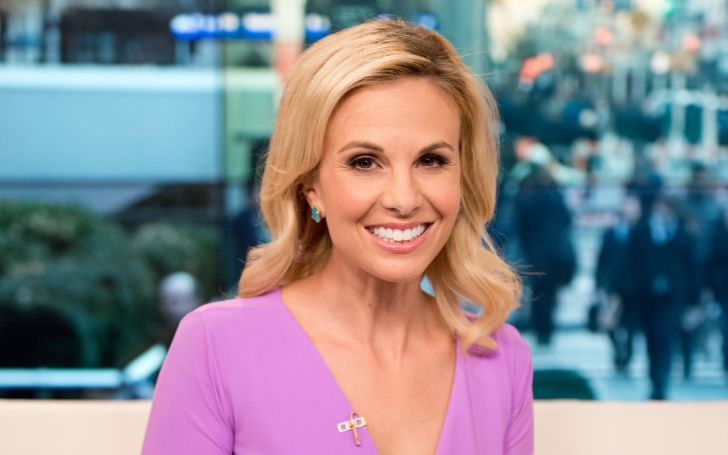 The American TV personality and talk show host who rose to prominence as a contestant on the second season of the American version of Survivor, where she finished in fourth place.

Elisabeth Hasselbeck was born on May 28, 1977, in Cranston, Rhode Island. She is the daughter of Elizabeth DelPadre, Catholic-school teacher and lawyer, and Kenneth Filarski, an architect.

With the birth sign Gemini, she has reached the age of 41, as of 2019. She has a brother Kenneth Jr. who is practicing attorney and is an aspiring musician.

She grew up in a Roman Catholic background and attended St. Mary School in Cranston. She later moved to St. Mary Academy, Bay View in East Province, where she completed her graduation in 1995.

Following her graduation, she studied at Boston College, where she was a captain of the women’s softball team. She played with the team for two seasons, winning consecutive Big East championships.

With a concentration on large scale paintings and industrial designs, she graduated from the college in 1999 with a Bachelor in Fine Arts.

While studying at Boston College, she started working for Puma in 1998 and worked for Puma as a member of its design team before pursuing her TV career.

Talking about her current relationship status, she is a married woman and shares, three children.

Well, she is married to her college sweetheart, professional football quarterback, Tim Hasselbeck. The pair had a private ceremony on July 6, 2002, in presence of her close family, friends, and relatives.

Elisabeth Hasselbeck’s Net Worth And Career

Well, a beautiful TV personality started her career in 2001. That year, she was one of the contestants in the second season of the reality show, Survivor: The Australian Outback. She finished the season in fourth place.

After leaving The View, she joined the Fox News morning show, Fox & Friends on Sepas a co-host, replacing Gretchen Carlson. Her final day in Fox News was on December 22, 2015. She left Fox News in 2015.