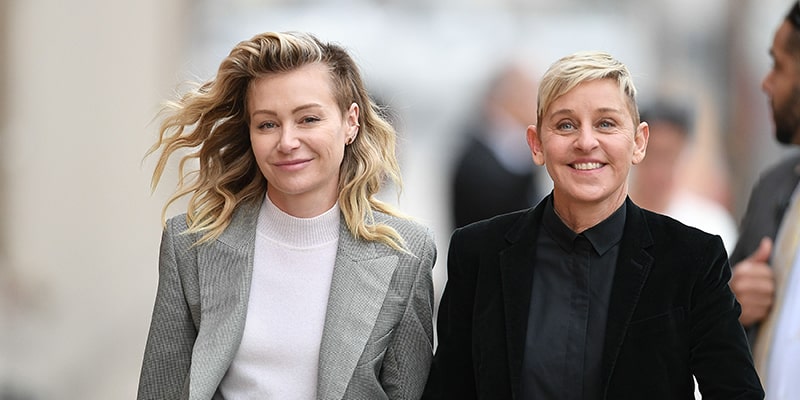 Ellen DeGeneres and Portia de Rossi are one of the most admired celebrity couples who have enjoyed 15 years of marriage. The lovebirds are frequently in the limelight for their never abating romance. However, the couple is also popular as the prolific buyers and sellers of luxury real estate in Los Angeles and the neighboring areas.

Over the last few years, DeGeneres and de Rossi have purchased multiple properties in California. And they have added yet another property in their real estate profile.

According to Variety, DeGeneres, the 61-year-old comedian, and television host paid more than $3.6 million for the Montecito, California house that features three bedrooms and two and a half bathrooms. The outlet also reported Riskin Partners Estate Group represented the pair in the deal.

The residence was originally built in Surry, England, in the mid-1700s. It was later dismantled carefully, shipped to California, and painstakingly reconstructed. The house also has at least five fireplaces and features a mix of brick and wide-plank hardwood floors, and a number of leaded glass windows.

Additionally, each of the two structures consists of a study, a dining room with a fireplace, a kitchen with hand-painted tile. As per the listing details, the house also features a workshop, a full basement, a three-car garage, and a gym space.

Meanwhile, the newly added mansion is the fourth in the area for the television presenter and the comedian. In January 2019, DeGeneres and Rossi picked up a house in Montecito for $27 million. And in summer last year, they acquired a two-bedroom and two-bathroom condominium in Montecito's Upper Village.

Later in fall 2019, DeGeneres and her wife paid approximately $1.9 million for the nearly one-acre property next to their $27 million mansion.