Emilia Jones Is The Lead Of Netflix's New Show Locke & Key-Her Seven Facts Including Family, Career, And Net Worth 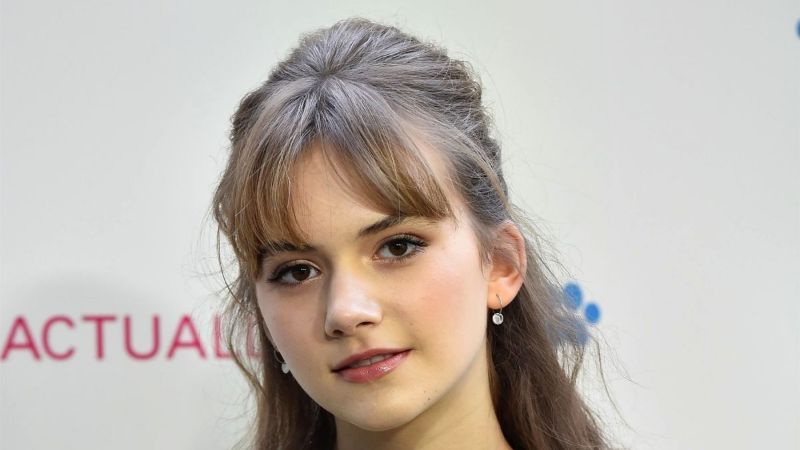 Besides Doctor Who, she has also appeared in various films and series, which has earned her significant recognization. Here we will learn seven exciting facts of the actress.

Emilia's father has a Welsh ancestry while her mother is English. As a matter of fact, Emilia's surname is of English and Welsh origin, which is most popular in Wales and Southcentral England.

The meaning of her surname is John's son, and it's variant forms include MacSeoin, Johnson, Johnston, Johnstone, John, Johns.

6. Started Acting At An Early Age

The 18-years old actress began her acting career in 2010. At this time around, she was just eight years old.

She played the daughter, Jasmine, of the movie's lead character, Dexter Mayhew, played by Jim Sturgess.

5. Her Father Is A Television Presenter

Emilia's father, Aled Jones, is a prominent chorister and a radio and television presenter. He is the recipient of the BASCA Gold Badge Award for his contribution to music.

Moreover, Aled has worked with prominent broadcasting companies like BBC and ITV. The 49-years old married Emilia's mother, Claire Fossett, in 2001. Along with Emilia, the couple has a son, Lucas Jones, born in 2005.

4. She Is Active On Social Media

The 18-years old actress uses Instagram using the username emiliajonesy. She currently has 150 K followers on Instagram and keeps her followers updated with her latest project on a frequent basis.

Jones recently posted a picture from her childhood on February 24, 2020, a day after her birthday, with a thank you message to her fans. Despite having numerous Twitter accounts dedicated to Jones, she doesn't have an official Twitter account as of now.

3. Net Worth Of Emilia Jones

Patrick actress has appeared in numerous movies after her film debut in One Day in 2011. The same year she appeared in the television series House of Anubis. Since then, she has appeared on television shows like Doctor Who, Utopia, Residue, Wolf Hall, and recently in Locke & Key.

Jones has also appeared in movies like What We Did on Our Holiday, Youth, High-Rise, Brimstone, Ghostland, Patrick. Recently, the 18-years old appeared as the lead character in the movie Horrible Histories: The Movie – Rotten Romans alongside BAFTA-nominated actor Sebastian Croft.

All of this can be credited to Emilia Jones's $1 million net worth.

2. Appeared In The British Most Loved Show

Now, who wouldn't want to travel through time and space with a 900 years old alien who has an unbridged love for human species!

Emilia Jones, then 11 years old, appeared in the episode The Rings of Akhaten from the seventh series of fictional show Doctor Who.

She portrayed the character Merry Gejelh, young Queen of Years in the series, which featured the show's eleventh doctor, Matt Smith. Her set pictures with Smith suggest that she had a lot of fun filming for the episode.

After appearing in numerous films and theatre shows, Jones appeared on Netflix's supernatural horror series Locke & Key. The show premiered on February 7, 2020. In the show, Jones plays Kinsey Locke, who had been initially offered to Megan Charpentier.