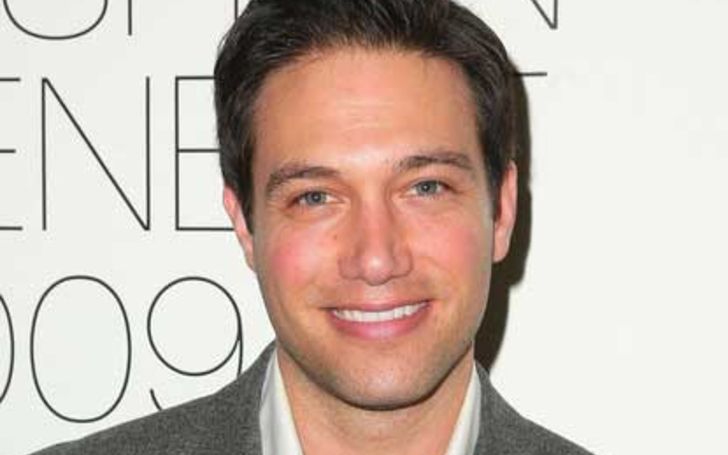 Eric Villency is a successful American Interior Designer, a businessman and the CEO of Villency Design Group, an interior and product design firm. Also, he is well known for being the ex-husband of Fox News host Kimberly Guilfoyle.

He is the son of Robert Villency (father) and Rowann (mother). His father was the chairman of Maurice Villency and his mother was a mixed martial artist.

Talking about his educational background, Villency graduated from the University of Wisconsin. Furthermore, there is no more information regarding her educational institution.

The 43-year-old actor was married to Caroline Fare. The pair had a wedding ceremony in December 2013 in a West Palm Beach.

The pair met for the first time in 2010 in a blind date which was set by a mutual friend. Following their blind date, the couple started dating; they dated for three years and got married.

Unfortunately, they could not push their relationship for a longterm and divorced in 2017.

Before her marriage to Fare, Eric shared a marital relationship with an American television personality Kimberly Guilfoyle. They got married on May 27, 2006. They had a son, Ronan Anthony, born on 4th October 2006. However, the couple parted their ways on 23rd June 2009 and divorced later that year.

Eric Villency’s Net Worth and Career

His net worth is estimated to be around $3 million. He earns a good amount of money from his career. He is living a lavish and standard life. Similarly, his ex-wife, Kimberly Guilfoyle was also a rich person with a net worth of $5 million.

By profession, Eric Villency is a businessman and an interior designer is related to his grandfather’s Furniture Company which is been handled by Eric at the present times.

He was appointed the CEO of the ‘Villency Design Group’ in 1998, there are many modifications in the company since then, making it travel the path to be a greater company in the coming future.

Villency oversaw the launch of the Maurice Villency flagship store, located on 57th street in midtown Manhattan, and launched the company’s first home accessories collection, in 2002.

He was named the recipient of the IFDA “Design Industry” award, in 2007. Apart from the business and designing career of Eric, he is also a writer who wrote in ‘Huffington Post’ along with his name as a model.