Home entertainment Finn Tapp And Paige Turley Are The Winners Of Love Island: Their Journey So Far And Future Plans

Finn Tapp And Paige Turley Are The Winners Of Love Island: Their Journey So Far And Future Plans 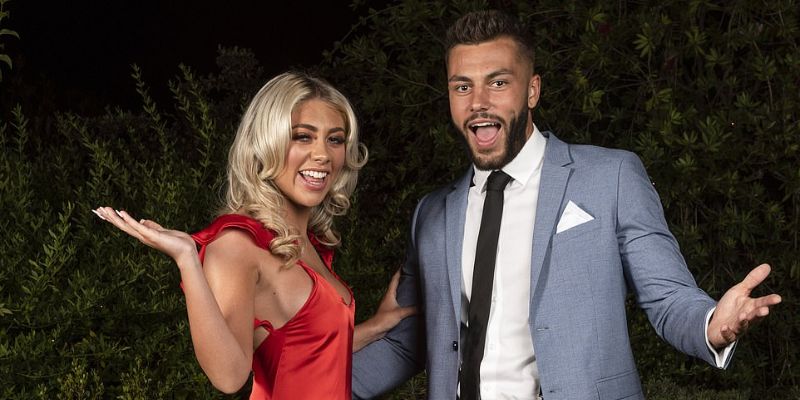 The winner of the sixth season of British dating reality series Love Island was announced on February 23, 2020. They are none other than the show's most beloved couple, Finn Tapp and Paige Turley.

Emotional Tapp who struggled to read the speech out loud exclaimed "That's because I can’t stand the thought of not being with you 24/7" after his partner Paige asked him why he was sobbing. How romantic!

So what plans do they have after the show, and how has their journey been so far? All details in the article.

Paige Turley And Finley Tapp: Before Appearing On Love Island

The 20 years old Finley Tapp is a former professional footballer. The English footballer had joined Oxford City Football Club on July 19, 2019. Before this, he was in Milton Keynes Dons Football Club, which he had joined at the age of eight.

On the other hand, 22-years old Scottish Paige Turley has appeared on the series six of Britain's Got Talent. Turley, who was 14 years old at the time of audition, had sung Bon Iver's Skinny Love, making the show presenters Anthony McPartlin and Declan Donnelly emotional.

Paige And Finley's Journey On The Show

The sixth series of Love Island begun from January 12, 2020. Paige entered on the first day of the show along with other contestants while Finn entered from the fifth day along with Connagh Howard.

Before the entry of Finn, Paige was initially paired with Ollie Williams. However, Williams left the show after realizing that he still cared about his ex-girlfriend, Laura Nofer, who he dated for 18 months before splitting in 2019.

After Finn's entrance, both have chosen each other in the task requiring partner support. Moreover, Finn and Paige also won the couples quiz, which required knowing personal details about their partner. They also later won the Oktobersesh challenge, where the contestants were seen throwing beers and pretzels at each other.

Both won yet another game called Girl Racers in which blindfolded Finn guided Paige. Despite recoupling and other contestants choosing Finn and Paige for the date, both have stayed together throughout the series. Perhaps this is what made them audience favorite, winning the trophy after competing against 30 contestants for almost six weeks.

Future Plans Of Paige And Finley After Winning Love Island

In his final speech, Finn proposed Paige in a heartwarming way, making all Twitter fans explode with joy. When composing himself after almost breaking down while giving the speech, Tapp stated,

"My mum told me yesterday 'you have fallen hard, haven’t you?' And I guess mums are always right after all so Paigey I want you to know I love you."

According to Express&Star, Finn talked about moving in together with his reality show partner exclaiming,

"I do maybe want to try and find a place together. I want to do all that stuff with. I want to take you on holiday, I want to move in with you, I want to get a wee dog with you."

Fans have gone gaga over Finn's adorable moment with Paige in the finale. One tweeted,

"Omg Finn crying full on during that speech omg. He was completely lost for words. Wow he really has found his girl I am so happy for him."

Amid the emotional rollercoaster the show has faced after it's long time presenter Caroline Flack committed suicide, Laura Whitmore stepped in as the new host. Nevertheless, we congratulate Paige and Finn for winning the show and wish them good luck for new ventures in the future.