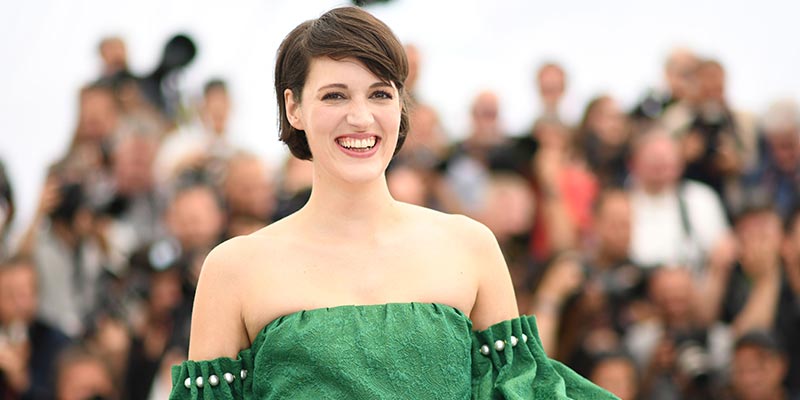 English actress and writer Phoebe Waller-Bridge is famously known for her writing and acting in the Channel 4 comedy-drama series Crashing. Most recently, Waller-Bridge gained worldwide attention from her work as a writer and lead actress in the BBC tragicomedy series Fleabag that stars Sian Clifford, Bill Paterson and Brett Gelman among others. Waller-Bridge's work in the BBC series received her a British Academy Award for Best Female Comedy Performance.

7. With a Height of 177 cm, Waller-Bridge Is the Tallest Fleabag Actress

Phoebe Waller-Bridge stands 177 cm (5 ft. 10 in) tall. With the tall posture, Waller-Bridge is the tallest among the Fleabag actresses.

6. Her Sister Isobel Waller-Bridge is a Music Composer

Phoebe has an older sister named Isobel Waller-Bridge, who is famous as a music composer. She popularly wrote the score for the feature film Vita and Virginia. Isobel rose to stardom after she worked as the music composer for the BBC comedy-drama series Fleabag.

The sisters also have a younger brother named Jasper.

5. She Unsuccessfully Auditioned For Downton Abbey

Waller-Bridge started her acting career in 2009 when she worked in an episode of Doctors and a short film The Reward. A year later, she auditioned for the historical drama series Downton Abbey. However, she wasn't fit for the role and was rejected.

Phoebe once said she had delivered a heartfelt performance, however, the producers thought she was too funny for the character.

English actress and writer Phoebe Waller-Bridge has an estimated net worth $20 million in 2020.

Months after Waller-Bridge series, Fleabag completed its second and final season, the 34-year-old signed a lucrative contract with Amazon.

As per the contract, Bridge would be getting approximately $20 million a year for her work for the company. After Waller-Bridge signed the agreement, she talked with Variety saying:

I'm insanely excited to be continuing my relationship with Amazon. Working with the team on 'Fleabag' was the creative partnership dreams are made of. It really feels like home. I can't wait to get going!

2. She Is Dating English-Irish Playwright Since 2018

The multiple Emmy-winner has been dating English-Irish playwright Martin McDonagh since 2018. McDonagh, 49, and Waller-Bridge have been spotted in public places a couple of times. However, the pair are keeping their relationship relatively low key.

They have spent more than one and a half year together, however, have rarely shared their romance on social media.

Phoebe was previously married to an Irish presenter and documentary filmmaker, Conor Woodman. The pair got married in 2014.

Three years after their marriage, the pair separated in 2017. Phoebe's representative confirmed their split. The couple doesn't have any children together.