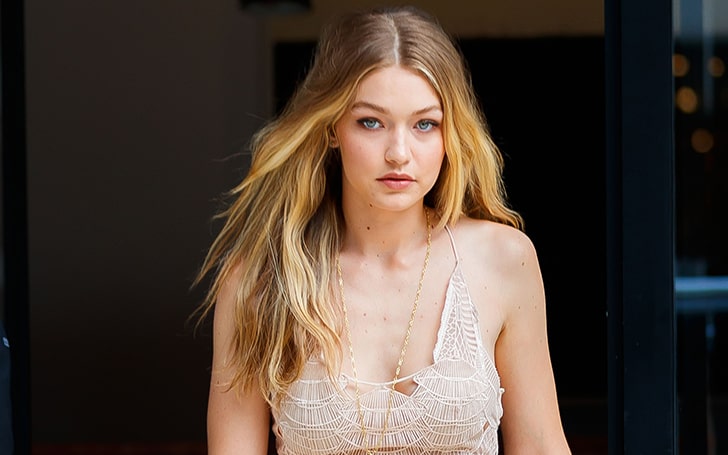 Gigi Hadid, a 24-year-old American fashion model, has become one of the prominent names across the globe within six years into the glamour world. Besides modeling, Hadid also has a strong connection with the music industry. She isn't a music artist herself, but her relationship with three prominent singers will always keep her attached to the music industry.

Hadid had just started embracing her dream career when she had an encounter with the teen singing sensation Cody Simpson. Both being in their teens, Hadid and Simpson hit it off soon and started dating by mid-2013. After around a year together, Hadid and Simpson split in May 2014, but couldn't stay apart long as the pair rekindled their romance in November that year.

Talking to Us Weekly at the American Music Awards red carpet, Hadid revealed she was back together with Cody. Back then, she said, "It's great. He is such a great guy." She also said their hectic work schedule was the reason for their brief separation.

Gigi and Cody dated one more year and broke up in May 2015. Two months after their break up, Simpson said he still loved Hadid, however, the relationship was taking a toll on him, both mentally and creatively. He said,

I love my ex-girlfriend, I always will. It was an amicable, mutual decision, and we still talk every now an then.

Meanwhile, in a talk on The Kyle &Jackie O Show on KIIS FM in October 2019, Simpson said his former relationships with the celebrities like Gigi and Kylie Jenner has inspired his upcoming new music.

Friends for years, supermodel Hadid and singer Joe Jonas, took their friendship to a romantic level in 2015. The pair was previously presumed to be dating in October 2014 when Hadid was on a break with her ex, Cody Simpson. Hadid denied their dating rumor back then.

They were speculated dating after they were spotted getting cozy at a New York bar in earlier June 2015. They also made their red carpet debut as a couple at Global Lyme Alliance inaugural gala in New York in October 2015.

After five months together, Gigi and Joe called it quits in November 2015. A source close to the couple told People the couple had an amicable breakup.

Gigi and Joe first met in 2010 at the Grammys when the former was 13 and attended the event with her music producer stepfather, David Foster, and mother Yolanda Hadid. In one interview, Gigi recalled their first encounter saying Joe had asked her out, but she said she was so nervous about hanging out with a boy and said: "No, maybe next time."

Shortly after her breakup with Joe Jonas, Hadid, 20, was spotted together with former One D star, Zayn Malik. In November 2015, Us Weekly reported Hadid and Malik were holding hands as they left Justin Bieber's American Music Awards after-party. A few days later, paparazzi snapped them walking hand on hand outside of a restaurant in LA.

They kept their romance low key for a few months. But in June 2016, the couple was reported to have split, however, she squashed the rumors in an interview with Elle Magazine. In January 2017, Hadid and Malik were rumored to be engaged after the former was spotted wearing a ring on her ring finger, however, it turned out to be just a rumor.

After over a year later, singer Malik revealed his relationship with Hadid was ended on Twitter, which Hadid also confirmed on her social media. But the couple couldn't remain separated for long as they had already rekindled their romance by April 2018. Back then, the pair was captured kissing in New York City.

Since then, the couple has been in good terms, however, they aren't an item anymore.