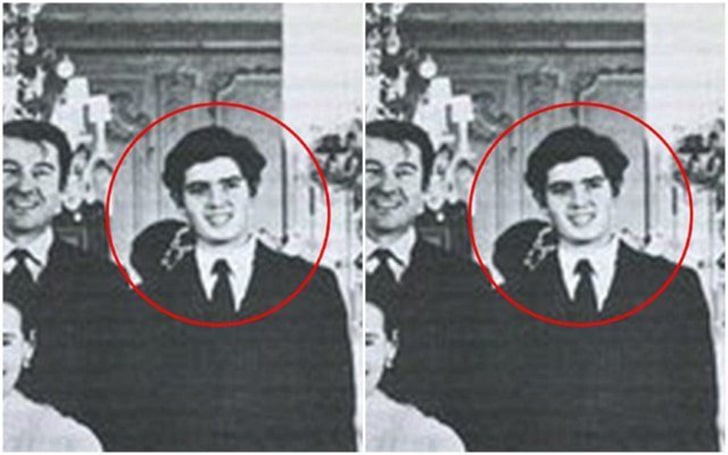 Christopher Stokowski, despite loathing the spotlight, seems destined for it, courtesy of his parents’ opulence and his family drama. He has largely tried to keep a low profile, but it is the one thing that his vast wealth has not been able to afford him.

His familial ties have yielded in some of the century’s most high-profile controversies.

Below is listed 7 of the most intriguing facts about Christopher’s tumultuous personal life.

1. Christopher Hails From an Eminent Family

Christopher is the youngest of two siblings born out of Gloria Vanderbilt’s marriage to her then-husband Leopold Stokowski.

Gloria- the only child of one of America’s most affluent socialite, Reginald Claypoole Vanderbilt, and thus the heiress to his multi-million-dollar railroad empire- was at the time, in her second marriage to the acclaimed opera conductor, Leopold Stokowski.

With both of Chris’ parents being wealthy socialites, Christopher enjoyed a luxurious childhood.

2. Complicated Relationship With His Mother

Despite growing up without any financial constraints, Chris had a rocky relationship with both his parents, especially his mother. The shy, mild-mannered Chris detested the publicity his famous parents generated, especially following his mother’s affair with Frank Sinatra while still married to Leopold.

Chris had shunned his father’s name very early on, preferring to make a mark on the music industry on his merit. His relationship with his mother was far more turbulent.

After a series of tragic events including the death of his father, Chris seemingly turned his life around and was even engaged to New York consultant April Sandmeyer.

Things came to a head when his mother was found colluding with their family therapist, Dr. Christ Zois, to intervene in Chris’ romantic life with April, which led to April calling off their engagement.

This devastated Chris and his already icy relationship with his mother turned irreconcilable.

After his mother was found guilty of having a hand in breaking Chris’ relationship with April, Chris decried his family name and moved to New York to win April back. When April refused to take him back, Chris moved out of New York for good and would not be seen for 38 years.

The whereabouts of Chris were unknown, and he essentially became a recluse. Chris would only surface in 2016 to attend the release of the movie titled Nothing Left Unsaid, based on his mother’s life.

Her first marriage happened in 1941 to Pat DiCicco, a Hollywood agent. They divorced in 1945 following reports of domestic abuse.

Not a month after divorcing, she married the opera conductor Leopold Stokowski and bore him three children. While still married to Leopold, she had an affair with Frank Sinatra that resulted in her divorce with her then-husband.

Her third marriage happened with director Sidney Lumet. They did not have any children together and divorced in August 1963 after seven years.

Her fourth and final marriage happened in December 1963 to writer Wyatt Emory Cooper. They had a lasting marriage that only ended with the death of Cooper in 1978. They had two sons.

She had a string of lovers throughout her life that included the likes of actor Marlon Brando, filmmaker Gordon Parks, businessman Howard Hughes, and author Roald Dahl.

Due to Chris’ parents’ relationship with several different people, his family tree is large and convoluted. From his father’s side, he has a full sibling, brother Leopold, and three half-sisters from his father’s previous marriage, Sonia Maria Noel, Gloria Luba Stokowski, and Andrea Sadja Stokowski.

From his mother’s side, his full sibling is Leopold. Additionally, he has two half-brothers Carter Vanderbilt Cooper and Anderson Hays Cooper.

Anderson has been outspoken about Chris’ positive influence on him as a child. When Chris went into hiding, it devastated Anderson.

The half-brothers have, however, reunited following the release of Anderson and Gloria’s movie, Nothing Left Unsaid.

7. Heir to a Multi-million-dollar Inheritance

After Chris’ father Leopold succumbed to a heart attack in 1977, he left a significant piece of his wealth to Chris.

He also inherited his mother’s wealth when she died in July 2019. At the time of her death, Gloria was estimated to be worth $200 million and her remaining wealth will be split between her remaining family members.