home Biography Who Is Gwendoline Christie? Here's All You Need To Know About Her Age, Early Life, Career, Personal Life, & Relation

Who Is Gwendoline Christie? Here's All You Need To Know About Her Age, Early Life, Career, Personal Life, & Relation 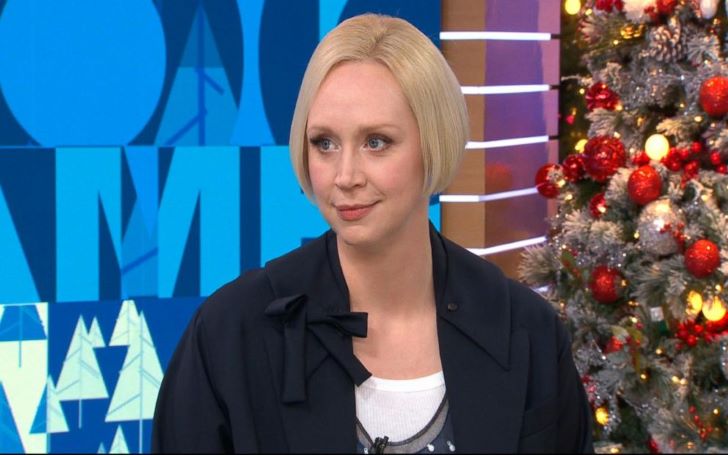 Body and Relation Status of Who Is Gwendoline Christie? Here's All You Need To Know About Her Age, Early Life, Career, Personal Life, & Relation

Gwendoline Tracey Philippa Christie, also professionally known as Gwendoline Christie, is a British actress and model, well known for her role of Brienne of Tarth in the popular TV series Game of Thrones. She is also best recognized as Captain Phasma in Star Wars: The Force Awakens and Star Wars: The Last Jedi.

The British actress was born on October 28, 1978, in Worthing, West Sussex, England. She was born to a father who worked in sales and marketing and a housewife mother.

Christie belongs to English nationality and White by ethnicity. Her birth sign is Scorpio. She was raised in a hamlet near the South Downs. During her childhood, she took a gymnastic class however, she started acting due to spinal injury.

The gorgeous actress completed her acting course from Drama Centre London in 2005.

Gwendoline Christie's Personal Life: Who is her husband?

The beautiful actress is in an intimate relationship with a British fashion designer, Giles Deacon since 2013. The two have been in an active relationship for almost six years but there is no announcement or rumor of them getting married any time soon.

Gwendoline wore a dress designed by her boyfriend Deacon at the Elle Style Awards in 2015.

Christie has accumulated an estimated net worth of over $3 million as of July 2019. With almost thirteen years of professional career, she has appeared in several TV series and movies, which is the main source of her earnings.

In addition to acting, the photographers took her as a model due to her incredible height of 6 feet 3 inches.

The British actress started her professional career by working in a Boutique in Brighton at the age of 22. In the same year, her height caught the attention of photographer Polly Borland and took her as a model.

She also appeared in the theatrical show based on Shakespeare’s Cymbeline as a Queen alongside actor Tom Hiddleston. Some of the other stage shows include Breakfast at Tiffany’s and Marlowe’s Doctor Faustus in 2010.

In 2007, Christie made her film debut in the short movie The Time Surgeon and likewise appeared in several other films such as The Imaginarium of Doctor Parnassus, The Zero Theorem, Star Wars: The Force Awakens, The Hunger Games: Mockingjay- Part 2 and many more.

Furthermore, she got the chance to play as the warrior Brienne of Tarth in the HBO series Game of Thrones’ second season alongside Sophie Turner, Maisie Williams, Emilia Clarke, Peter Dinklage, Kit Harington and other actors in July 2011.

Who is Gwendoline Christie?

Gwendoline Christie is a British actress and model, best known for her role as the warrior, Brienne of Tarth in Game of Thrones.

How tall is Gwendoline Christie?

Who is Gwendoline Christie partner?

Giles Deacon is her boyfriend/partner since 2013.

How much is Gwendoline Christie worth?