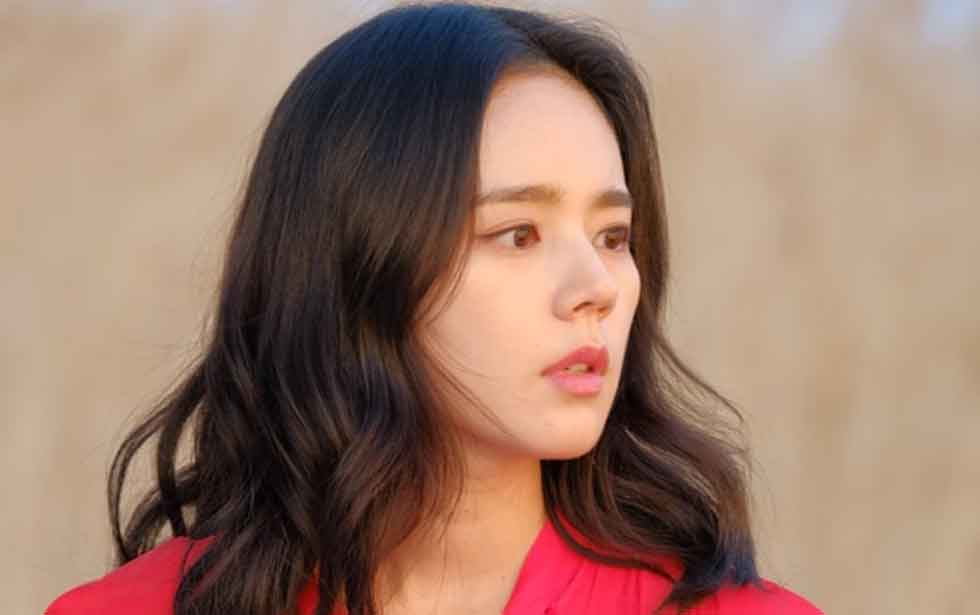 The two times KBS Drama Awards winner Han Ga-in is a South Korean actress as well as a former model. She is widely known for her roles in series including Super Rookie, Witch Yoo Hee, Bad Guy etc.

The actress, Han is married to an actor Yeon Jung-hoon and has a daughter named Yeon Jae-hee. The couple met each other while starring in the 2003 series Yellow Handkerchief. To know more on Han Ga-in personal life continue reading this article.

Han Ga-in was born on 2nd February 1982, in Seoul, South Korea. She belongs to a South Korean nationality. Even being such a renowned actress, Han hasn’t revealed any information about her parents and siblings.

Being an actress, no doubt Han Ga-in has a stunning body figure. She has a slim body built with a slender type which is measured in 33-23-33 inches. The beautiful lady stands at the height of 5 feet 6 inch tall and her weight is 48 Kg.

Han wears the shoe size of 7.5, bra size 32A and dress of size 2. Furthermore, her hair and eye color are black.

During her high school, Han Ga-in began her acting career. She appeared in the KBS’s TV show called The Golden Bell Challenge. In 2002, Han debuted in an Asiana Airlines commercial. The following year, Han made her acting debut through the KBS2 drama Sunshine Hunting where she portrayed the role of Joo-Young.

Similarly, Han next starred as Jo Sun-Joo in KBS1 drama Yellow Handkerchief from which she won KBS Drama Awards. However, Han made her big screen debut in 2004 through the movie Once Upon a Time in High School where she portrayed the role of Eun-Joo. The same year, she also appeared in the drama Terms of Endearment.

In 2005, Han portrayed the role of Lee Mi-ok in the drama Super Rookie. Similarly, she has further appeared in several dramas including Dr. Kkang, Witch Yoo Hee, and Bad Guy. Moreover, in 2012, Han starred in the movie Architecture 101 as Yang Seo-Yeon and also in the drama Moon Embracing the Sun as Heo Yeon-woo/Wol.

Her recent drama appearance includes as Jang Se-Yeon in Mistress. Besides her movie and drama career, Han has further starred in variety shows including Comedy Town and Entertainment Weekly. Moreover, she has also appeared in music videos of songs including “Only Wind, Only Wind” and “Yeosu Night Sea.”

Along with her successful career, Han Ga-in has a successful personal life too. Well, the 36 years old renowned actress Han is married to an actor Yeon Jung-hoon. The duo met each other for the first time on the set of 2003 drama Yellow Handkerchief. Since then, they began dating.

"Longtime married couple Han Ga In and Yeon Jung Hoon have a new addition to their family! The actress gave birth to a baby girl early morning on April 13, at a maternity clinic located in Gangnam, Seoul. Her husband was, of course, by her side the entire time. After learning she was pregnant last year, Han Ga In took extra precautions and avoided going outside while focusing on prenatal care. As this is their first child in 10 years of marriage, Yeon Jung Hoon reportedly was also extremely attentive to both the mother and child’s health. The couple’s nickname for their, at the time, unborn child is revealed to have been Bolt, which was given by Yeon Jung Hoon, in hopes that the child would grow healthy like the animated movie character. They have yet to decide on their daughter’s actual name. Meanwhile, Han Ga In plans to focus on raising their child for the time being while Yeon Jung Hoon appeared as a cameo in JTBC‘s “Ms. Temper and Nam Jung Gi,” as the third husband of Ok Da Jung (played by Lee Yo Won). Congratulations to the new parents!" Source: soompi

After dating for a few years, the couple decided to take their relationship to the next level and finally tied the knot in 2005.

Since their wedding, the couple is living happily together. They have mentioned a peaceful relationship and yet there are no any rumors of their divorce and other extramarital affairs.

The actress who got married in 2005 announced about her pregnancy with first child in the year 2014. However, she suffered from the miscarriage.

Later on in November 2015, one of her close ones confirmed that she has again conceived a child. And for the second time, she has successfully welcomed a baby daughter, Yeon Jae-hee on 13th April 2016.

Han Ga-in Net Worth and Salary

The multi-award winner Han Ga-in has maintained a standard life. She is living a lavish life with her husband and daughter. Han has been active in the field of acting since long. Till date, Han has appeared in numerous movies and television series.

From her multiple profession, Han earns a good sum of money. As per Frostsnow, her net worth is estimated to be $1 million in 2018 which is similar to Fitness Trainer, Jessica Gadsden.

She is active on Instagram. As of mid-2018, she has around 15.1k followers while she is only following 6.