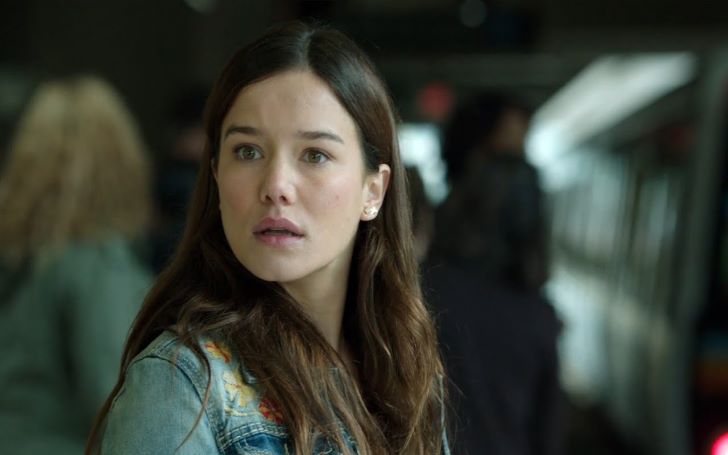 Hanna Mangan-Lawrence is a British-Australian actress, renown for her role Holly in the Australian comedy series, Bed of Roses. In 2008, she was nominated at AFI Award and a Logie Award for the correspondent TV show. Moreover, she is also internationally nominated for the role of Seppia in the Starz historical drama Spartacus: Vengeance.

Hanna was born on March 5, 1991, in London, England. She was a daughter to Maggie Mangan, an English teacher and Ray Lawrence, a geography, economics and business studies teacher. She also has a step-mother Paddy, who is also a teacher.

Similarly, the British actress has four siblings, two half-sisters Rosene and Zoe, & two half-brothers Liam and Reuben. She belongs to British nationality and white by ethnicity. Her zodiac sign is Pisces.

Mangan-Lawrence represented as a member of the elite gymnastics team in Australia overseas. She also competed in Gymnastic Australia and won the “Acrobat of the Year – International – Senior” award in 2005.

In 2009, Hanna received a Filmink Award for Best Australian Newcomer for starring as Lily in the movie The Square.

As for her education, Hanna studied her higher education at the Newton High School of the Performing Arts in 2009.

The British actress married Omar Bastos, a producer from Los Angeles and recently, they give birth to a son in 2019.

Bustos family portrait coming at ya 🤙

The couple appears to be low-key and information regarding married life is unavailable.

With 14 years of an acting career, it is estimated that Hanna amassed the wealth of around $1 million – $3 million which is enough for her to live a blissful life.

Mangan-Lawrence made her debut in 2005 with the short films. The turning point in her career appeared when she starred a role in a short film: Sexy Thing, which was accepted into the Cannes Film Festival.

Hanna has played in two short films, eight films, and two TV series. Descriptions about her hits are mentioned below:

In 2008, she was cast in a horror movie, Acolytes. Following that, she played in the movie The Square, which got her an award for “Best Australian Newcomer”.

In the same year, the British actress starred in the Australian TV series, Bed of Roses which screened in on the ABC television network for which she was the nominee of “Best Guest or Supporting Actress in Television Drama”

The following year, Hanna also played in the TV show, Lucky Country. She was in a nominee list for the “Most Outstanding New Talent” category for Graham Kennedy Award.

The last movie she played is Red Dog: True Blue as the role of Betty which released in 2016.