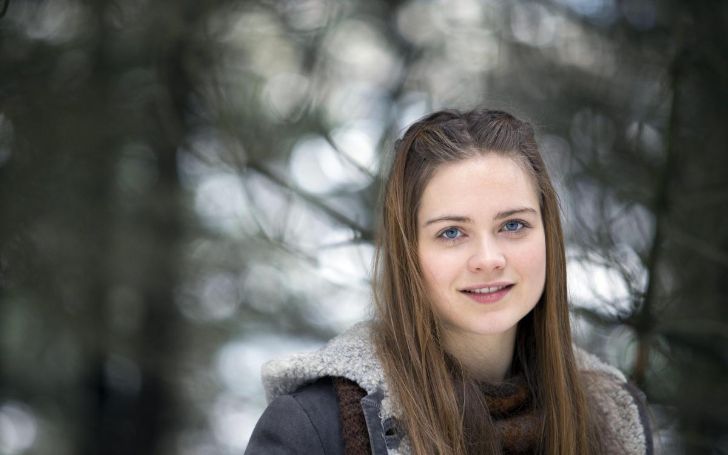 Icelandic actress Hera Hilmarsdottir is popular for his role Vanessa Moschella in the series Da Vinci’s Demons. She is also famous for her performance in the movies like Life in a Fishbowl, The Quiet Storm, and Mortal Engines.

Hera Hilmarsdottir was born on December 27, 1988, in Iceland holding the birth sign Capricorn. She is Spanish and Icelandic by nationality.

Her father Hilmar Oddsson is a film director while her mother Þórey Sigþórsdóttir is an actress. She went to the London Academy of Music and Art and graduated from there.

Mortal Engines star Hera Hilmarsdottir is probably single as of 2019, June. She hesitates to speak about her personal life to the media, as there is no official news about her dating or married life.

Well, not only her recent relation but Hera’s past relationship are also not available so we guess she is busy building her career rather than dating as of right now.

The net worth of Hera Hilmarsdottir, as of 2019, June is $1 million which is equal to the actress Eréndira Ibarra. She earns around $39.84 per hour and  $50175 yearly as an average salary of an actress. All of her net worth is gathered from her acting career.

Besides an actress, she also gathers a good wealth from her television commercials, advertisements, and endorsements as well. Also, she gains around $252 to $420 per sponsor post from her Instagram.

Hilmarsdottir began her acting career in 1995 and took a break in 1998. Then, again she came back in 2007 appearing in the drama film The Quiet Storm. After a year, she featured in the movie Two Birds.

Moreover, she is also the part of the series Leaving, World Without End, Da Vinci’s Demons, and The Romanoffs. Hera also worked in the movies Anna Karenina, The Fifth Estate, We Are the Freaks and Get Santa.

Additionally, she also played The Oath, An Ordinary Man, The Ottoman Lieutenant, The Ashram, and Mortal Engines.