Home seven-facts Hollywood Heartthrob George Clooney-Detail History Of His Past Relationship And Current, Including His Second Marriage To Wife Amal Alamuddin

Hollywood Heartthrob George Clooney-Detail History Of His Past Relationship And Current, Including His Second Marriage To Wife Amal Alamuddin 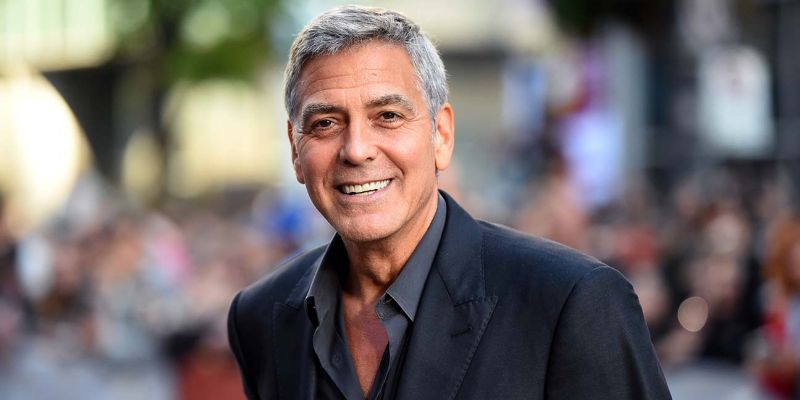 A recipient of Academy Awards and numerous prestigious awards, George Clooney, is one of the highest-grossing actors. After appearing in multiple uncredited roles, he made his debut in television series ER, which earned him a Golden Globe nomination.

Amid a flourishing 41-years old acting career, he has had a high-profile relationship. While some turned into a wedding, others became just a fleeting association.

Before his marriage to human rights attorney Amal Alamuddin in September 2014, who has he been linked to in the past years? And how did the love-affair with Amal Almuddin turn into a fairy-tale marriage? All the details in the article!

The 58-years old actor and Kelly Preston were deeply in love with each other back in 1987. Clooney and Preston even lived together with a pet potbellied pig together. However, they broke up in 1989, and Preston went on to marry Academy Award-nominated actor John Travolta.

George also married actress Talia Balsam in 1989; however, both divorced in 1993. Clooney took responsibility for the break-up in an interview with the Vanity, adding, "I just don’t feel like I gave Talia a fair shot. I was responsible for the failure of that marriage."

After the marriage, the From Dusk till Dawn actor engaged in a relationship with adult-film actress Ginger Lynn Allen then dated French reality TV personality Céline Balitran from 1996 to 1999.

Relationship In The 2000s

In the early 2000s, George Timothy Clooney met British model Lisa Snowdon on the set of a Martini, brand of Italian drinks, advertisement. The couple dated on and off for a year before calling it off in 2005 after five years of relationship. Their long-distance relationship has been cited as the cause of the break-up.

In 2001, the 58-years old also had been attached to brilliant actress Renée Zellweger who had garnered Acadamy award nomination for her fantastic performance in Bridget Jones Diary. Nevertheless, the union did not last long as Clooney had already developed soft-corner for yet another actress Krista Allen.

Allen and Clooney's on-and-off romance began in 2002 when Krista became a cast of Confessions of a Dangerous Mind directed by Clooney. Both dated for two years till Krista ended the relationship in March 2004. At this time, he rekindled his relationship with Lisa Snowden; however, Clooney and Allen got back together again in 2006 till finally calling it quit in 2008.

In the year 2007, he also dated reality personality, Sarah Larson. Both had met in Las Vegas almost four years ago when Larson worked as a cocktail server at The Whiskey Bar; however, their second meeting is what led them to get to know each other more.

The duo made public debut together at the Venice and Deauville film festivals. Larson also accompanied Clooney to the Oscars, making her the first girlfriend to ever go on the Oscars with him. Despite engagement rumors, Sarah and George broke-up in 2008.

The Descendants actor lost his heart to Italian actress Elisabetta Canalis after their initial meeting in Rome at Hotel Majestic, where Clooney was dining with his close-friends. After two years of dating, the duo ended their relationship in 2011.

In July of the same year, the AFI Lifetime Achievement Award recipient dated former WWE star and Dancing with the Stars contestant Stacy Keibler. Because of a long-distance relationship, the ex-couple broke-up in July 2013 via a telephone, according to TMZ.

A Long-Time Bachelor finally Tied A Knot With Amal Alamuddin

After an on-and-off relationship with beautiful actresses, Clooney met Lebanese-British barrister, Amal Alamuddin, as she came to visit Clooney's Lake Como home in Italy with a mutual friend in 2013 while on her way to Cannes.

After a dinner date with Amal along with George's parents, they began spending time together from Abbey Road Studios in London to safari in Kenya. In six months, George had already decided Amal as his soulmate and did not waste any time to initiate the "25-Minute-Long" Proposal. In an interview with Ellen DeGeneres, George recalled the moment saying, "From the minute we met, we just hit it off." He further added,

"I literally said, "Look, I hope the answer's yes, but I need an answer 'cause I'm 52 and I could throw out my hip pretty soon." And she said "Oh, yes," and it worked out really well."

Amal and George got engaged on April 28, 2014. They exchanged vows in an intimate ceremony at the Aman Canal Grande luxury resort in Venice, Italy, on September 27, 2014, which was reported by People magazine.

The news of the couple expecting a twin started making headlines in 2017. The same year, Amal gave birth to a daughter, Ella Clooney, and a son, Alexander Clooney.

Apart from being an actor, Clooney is a producer, director, and filmmaker. He is currently working on a movie Good Morning, Midnight as a director and producer. The film is an adaptation of a novel with the same title by Lily Brooks-Dalton, and the filming started in October 2019.