home Biography Who Is Iain Stirling? Here's All You Need To Know About Him

Who Is Iain Stirling? Here's All You Need To Know About Him 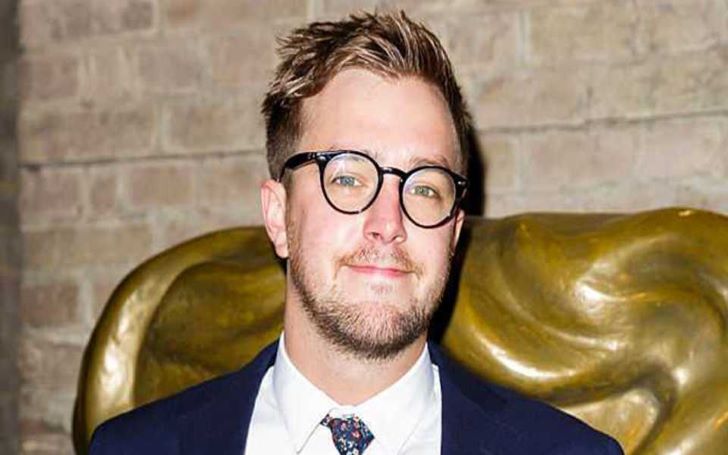 Body and Relation Status of Who Is Iain Stirling? Here's All You Need To Know About Him

Iain Andrew Stirling, also professionally known as Iain Stirling, is a Scottish writer, comedian, and television host. With the working career over five years, Stirling has appeared in various shows and stand-up comedies. In addition, he is the winner of the 2016 BAFTA Award for Best Presenter for The Dog Ate My Homework.

The Scottish comedian was born on January 27, 1988, in Edinburgh, Scotland, United Kingdom. He was born to white parents. Talking about his family, the information is currently unavailable.

Iain belongs to Scottish nationality and white by ethnicity. His birth sign is Aquarius. As for education, he graduated from the University of Edinburgh in law.

He started as a stand-up comedian in the last year of the university and made in the final of Paramount Funniest Student and Chortle Student Comedian of The Year in August 2009.

Iain Stirling’s Personal Life: Who is his wife?

The Scottish comedian is currently in an intimate relationship with Laura Whitmore, an Irish model and TV presenter. The couple who started dating in 2017 is together ever since.

The couple first met at a party and Iain instantly fell in love with Laura. Since 2018, they started living together in their new home and are living a blissful life together. However, they are not married yet.

Stirling has accumulated an estimated net worth of over $4 million as of July 2019. The main source of income is from the Television show where he works as a host, and various comedy shows and performance. In addition, as a writer, he also earns from this profession.

According to The Sun, Iain is paid £100,000 for each series of the show. He is at the peak of his career and working vigorously.

The Scottish comedian started as a comedian in Scotland’s Hottest Newcomers performing in from of 750 people at the Glasgow Fruitmarket. He then started performing gigs in various venues of the UK including The Comedy Store and The Stand.

In 2012, Iain appeared in the British comedy show Russel Howard’s Good News Extra. Following then, he went on a tour with English comedian Russell Kane.

He caught the attention of the CBBC channel and was hired to work for them as a presenter along with Hacker T. Dog and Dodge the Dog. Moreover, as a writer, he worked on different projects of Cbbc and BBC Scotland.

In the same year, Stirling worked as the TV presenter for the CBBC’s show Help! My Supply Teacher’s Magic. Some other TV shows, he worked on are 12 Again, All Over the Place, The Dog Ate My Homework and many more.

Since 2015, he appeared as the narrator of the ITV2 reality series Love Island. The series consists of five seasons until 2019.

Furthermore, he worked in the Comedy Central’s show Drunk History in 2016. After a year, he made an appearance on The Jonathan Ross Show on December 22, 2017. His last work was on the TV series Comedy Bus which released in April 2019.

Who is Iain Stirling?

How old is Iain Stirling?

How tall is Iain Stirling?

How much is Iain Stirling's net worth?