Home entertainment Is Actor Himesh Patel Dating Anyone? Glimpses of His Personal and Professional Life

Is Actor Himesh Patel Dating Anyone? Glimpses of His Personal and Professional Life 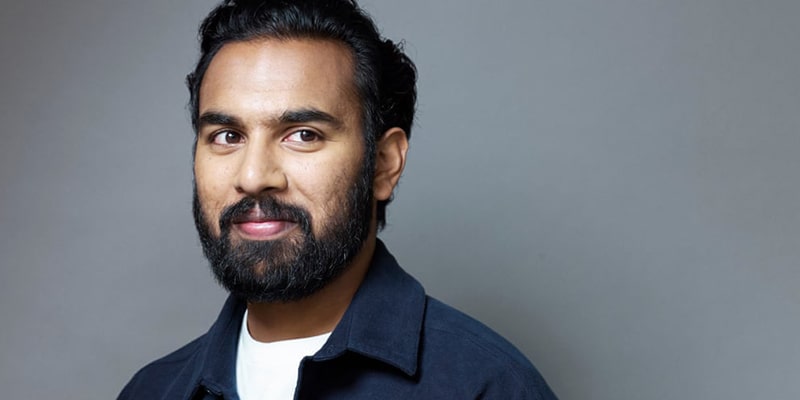 Himesh Patel is a well-known English actor. His role as Tamwar Masood on the BBC soap opera EastEnders brought him into the stardom. Moreover, his award-winning role in the series also earned him a number of other roles on television and films.

Even though Patel has been in the limelight for more than a decade, his fans are hardly familiar with his lifestyle. So what is his current relationship status? Is Himesh Patel dating anyone? Let's find out here.

Is Himesh Patel Dating Anyone Currently?

Himesh Patel, the 29-year-old English-born actor, is one of the actors who love keeping their personal life secret. Yet, some of the online sources have claimed the actor is not dating anyone as of early 2020. Patel is mostly focused on his career and is rarely seen with anyone in public.

Furthermore, Patel doesn't prefer sharing his private life on social media. He is a presence on social media like Instagram and Twitter, however, he mostly shares his professional life in the posts.

How Patel Started His Acting Career?

Himesh Patel was interested in acting from an early age. As a child, Patel had started impersonating his favorite TV series and film characters. He got a chance to act in a school play when he was eleven, titled, This is Your Life, Santa Claus. After the play, his parents enrolled him in a local theater, the Key Youth Theatre in Peterborough. Patel later became a member of The Young Actor's Company in Cambridge.

In 2007, Patel got a call for an audition for the British soap opera, EastEnders, and got his first acting role as Tamwar Masood. He was one of the main cast of the series during its ten seasons run from 2007 to 2016. Patel portrayed Masood in a total of 566 episodes of the BBC series.

While Patel was still working in EastEnders, he played a role of Jazz Dancer in the BBC charity show, Children in Need in 2013. In 2014, he portrayed the role of Pavan in the award-winning short film, Two Dosas.

Patel debuted on the big screen in 2019 from Yesterday, appearing as Jack Malik. He also played John Trew in The Aeronauts the same year. Patel has also worked in an upcoming film, Tenet, which is expected to release in 2020.

Moreover, he is cast in the main role of Jordan Hatwal in the American science fiction comedy television series, Avenue 5. The series is created by Armando Iannucci and is set to premiere on HBO on January 19, 2020. Hugh Laurie, Rebecca Front, Josh Gad, and Lenora Crichlow are other star casts of the series.